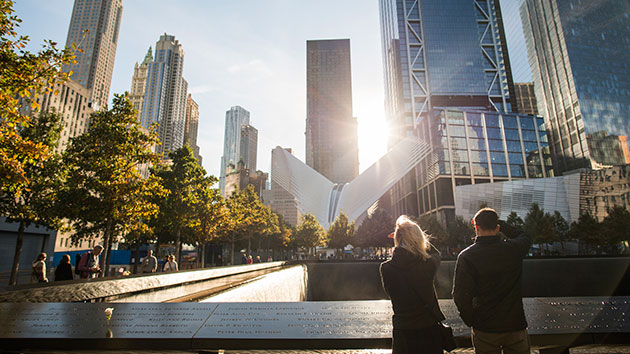 (NEW YORK) — New York City is planning to honor the first responders of the September 11th terror attacks after Congress passed the 9/11 Victim Compensation Fund bill this week.On Friday, Rep. Carolyn Money sent a letter to the city’s mayor, Bill de Blasio, requesting that he “host a parade in the Canyon of Heroes in which our city can once again pay proper tribute to those who took care of us on 9/11 and in the days, weeks, and months following the attack.””Let us take this moment to celebrate their legacy of valor while they can be present to participate in it,” she wrote in the letter.The mayor’s press secretary, Freddi Goldstein, said the mayor’s office will be working families, first responders and advocates in the coming weeks “to determine exactly how they prefer to be honored.”“We want to ensure we honor them in a way that is most meaningful and desirable to them,” she said.Comedian Jon Stewart, who had lobbied Congress to pass the bill, made an passionate plea to Congress during a hearing on June 11.”They responded in five seconds,” Stewart told lawmakers at the hearing, referring to police officer, firefighters and other first responders. “They did their jobs. With courage grace, tenacity, humility. Eighteen years later, do yours!”The Fire Department of New York (FDNY) announced earlier this month the death of the 200th member of the FDNY from World Trade Center related illnesses.Congress overwhelmingly voted to approve legislation that permanently replenishes the 9/11 victims compensation fund, with the Senate approving the bill on Tuesday in a vote 97-2. Sens. Rand Paul and Mike Lee voted against it.The White House announced on Friday that President Trump will sign the bill into law during a ceremony in the State Dining Room on Monday.Copyright © 2019, ABC Radio. All rights reserved.