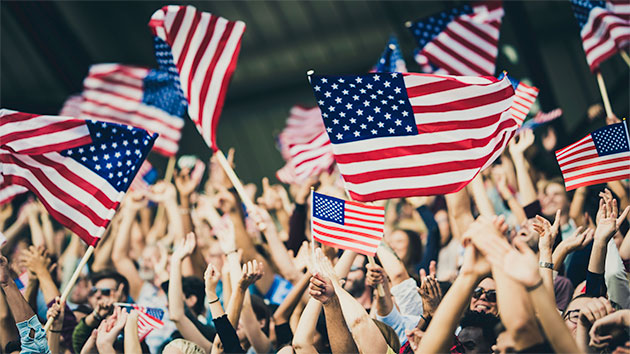 (NEW YORK) — U.S. soccer star Megan Rapinoe – a target of President Donald Trump on Twitter – will release a book on her life as well as her activism next year, around the time of the 2020 election.

“I hope this book will inspire people to find what they can do, and in turn inspire other people around them to do the same,” Rapinoe told The New York Times, which first reported the book deal Thursday.

Rapinoe’s still-untitled book will be published in Fall 2020 by Penguin Press.

“The extraordinary platform of the World Cup 2019 win provides a perfect vehicle for a honest, thoughtful, unapologetic, idealistic discussion of women, social justice, role models, gay issues, nationalism, and even a little soccer,” the publishing company said in a statement.

Rapinoe, 34, was a subject of tweets by President Trump after a video was released during this year’s World Cup in which Rapinoe said she wouldn’t go to the White House if the U.S. won the tournament.

“Megan should WIN first before she TALKS!,” Trump tweeted in response to the video.

The U.S. Women’s National Team went on to win their fourth World Cup title in a 2-0 finish over the Netherlands, thanks to a penalty kick in the 61st minute, scored by Rapinoe, the team’s co-captain, and a breakaway goal minutes later by Rose Lavelle.

Rapinoe was awarded the tournament’s two biggest awards, Golden Boot, for top scorer, and Golden Ball as the best player in the tournament.

Off the field, Rapinoe has led the team in their fight for equal pay and treatment to the men’s team, which did not qualify for the last men’s World Cup. The USWNT has a tentative agreement to enter mediation with the U.S. Soccer Federation over a gender discrimination lawsuit they filed this spring.

She also has advocated for LBGTQ rights as one of the most prominent out athletes in professional sports.

“Coming from that very honest and authentic place and being able to find a way to put that on the page, I think will make a very lasting book,” Ann Godoff, president and editor of chief of Penguin Press, told the New York Times.

Penguin has also signed Rapinoe on to write a book for students of middle and high school age with a goal of empowering them.

Rapinoe told the Times her overall message will be that, “We can change the world in one generation, and have one hell of a time doing it.”

Angela Bassett is amazed by her Madame Tussauds wax figure: “Oh Lord! I’m a twin!”
Alaska once had the highest vaccination rate. Now it’s in a COVID-19 crisis.
How COVID-19 hybrid immunity could be a potential pandemic game-changer
Now you can own James Bond’s DB5 — the book, that is
‘Ted Lasso’ scores at 2021 Television Critics Association Awards
‘﻿Blue Bayou’﻿ shines a light on this issue that many have “no clue” about