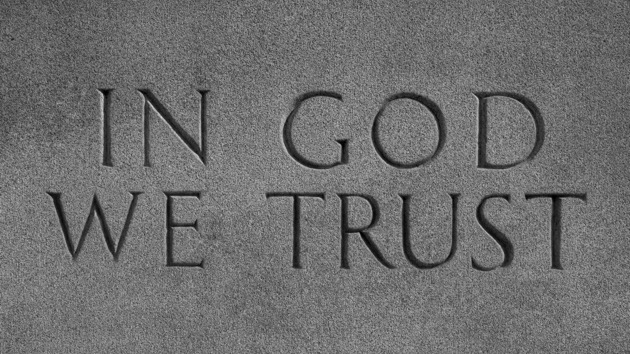 (PIERRE, S.D.) — Students in South Dakota can expect to see a new message on their school walls this upcoming school year: the national motto “In God We Trust.”A new bill signed by Gov. Kristi Noem took effect this month, requiring all public schools in the state to display the motto.The display must be located in “a prominent location” in each school, such as the school entryway, cafeteria, or other common areas, according to a summary of the bill. It also must be “easily readable” and not smaller than twelve inches wide by twelve inches high.The style of the display will be left up to the school principal and can range from a mounted plaque to student artwork.The bill also adds that if a lawsuit or complaint is filed against the school as a result of the display, the “attorney general shall provide legal representation at no cost.”Concerns about the bill have already sprung up in the state’s second-largest city, where an official said the school district has heard talk of a legal challenge.”We are a conservative area so [support for the bill is] probably about half and half,” Rapid City Area Schools district spokeswoman Katy Urban told ABC News. “We have a lot of community members who are very supportive of it, but we’ve also had a number of people, staff members included, who are very uncomfortable with it.”In May, a group of students from the district’s Stevens High School proposed to the school board an alternate version of the motto that included the names of Buddha, Yahweh and Allah, as well as the term “spirit,” Urban said. The group noted that the bill seemingly favored Christianity over other religions.”That conversation didn’t go any further,” she said. “The board didn’t have any conversation about alternative versions.”When asked why, Urban said that was a question for the school board.The Rapid City Area Schools district has completed the stenciling of “In God We Trust” on the wall of its 23 public schools. The work cost the district a total of $2,800, according to Urban.President Dwight D. Eisenhower signed a law officially declaring “In God We Trust” to the nation’s official motto in 1956. The phrase was then placed on United States coins largely because of the “increased religious sentiment existing during the Civil War,” according to the U.S. Department of the Treasury.Copyright © 2019, ABC Radio. All rights reserved.