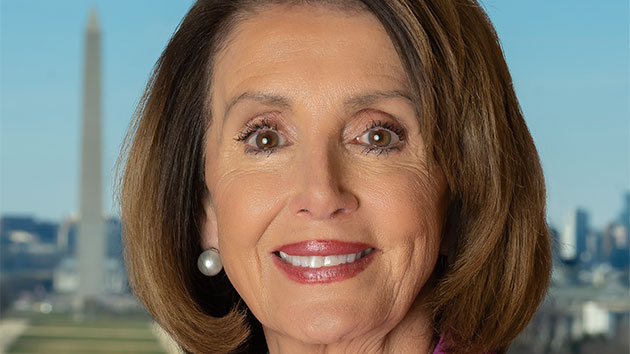 US House of Representatives
Posted on July 26, 2019 by ABC News

House Speaker Nancy Pelosi of California on Friday pushed back on criticism from some Democrats that time is running out to make a decision and that leaving impeachment on the table risks overshadowing the party’s kitchen-table agenda heading into the 2020 election.

“We will proceed when we have what we need to proceed. Not one day sooner,” she said. “Everybody has the liberty and luxury to espouse their own position and to criticize me for trying to go down the path in the most determined, positive way.”

Under fire from liberals who have pushed for months to begin impeachment proceedings — and protective of moderates who would instantly face backlash in their districts for voting to do so — Pelosi described herself Friday as a “weaver” working to bring together the diverse Democratic caucus “in the boldest possible way.”

She reiterated support for Democrats’ strategy of continuing to investigate the president on numerous fronts, while working in court to obtain access to witnesses and information from an uncooperative Trump administration, which has challenged the validity of Democrats’ subpoenas and refused to comply with them.

“I’m willing to take whatever heat there is there to say when, the decision will be made in a timely fashion, this isn’t endless, and when we have the strongest possible case,” she said.

While many senior Democrats support Pelosi’s position, one member of her leadership team, Rep. Katherine Clark, D-Mass., the No. 6 House Democrat and vice chair of the House Democratic caucus, announced her support for impeachment on Thursday, arguing that opening an inquiry would help Democrats’ efforts to obtain information in their inquiries.

And in a closed-door caucus meeting after the Mueller hearings on Wednesday, Judiciary Committee Chairman Rep. Jerry Nadler, D-N.Y., told Democrats that committee chairs could begin drafting articles of impeachment to start the process without a divisive floor vote, in response to technical questions about the process, according to sources who were in the room.

Nadler, who has left aides and colleagues with the impression that he supports an impeachment effort, has repeatedly declined to back an inquiry publicly, endorsing Pelosi’s push to “legislate, investigate and litigate.”

Nadler and Pelosi, along with other senior Democrats, have warned that a push for impeachment would fail without bipartisan support in Congress and overwhelming public support across the country.

No Republicans have joined Democrats in calls for an impeachment inquiry after Mueller’s testimony — and Rep. Justin Amash, who voiced his support for impeachment earlier this year, is now an independent. Few of the party’s moderate freshman class, who flipped Republican seats in the 2018 midterm elections, have joined the ranks of impeachment supporters.

“We need to finish the job of amassing enough evidence for the American people,” Nadler said in an MSNBC interview Thursday.

Some Democrats argued that the recess would give members time to digest Mueller’s testimony and an opportunity to gauge support for an inquiry among their constituents, though many of the party’s moderate members warned that it would continue to be a divisive issue that could cost Democrats the White House in 2020.

Others believed the window for action was closing and that Democrats appeared indecisive by refusing to launch an inquiry or rule it out entirely.

Speier said Pelosi should take impeachment off the table in September, if support for an inquiry doesn’t reach a critical mass over the August recess.

“The public doesn’t know what we’re doing. We’ve actually accomplished quite a bit but the overhang of impeachment prevents any of that other news from circulating,” she said. “We either need to take action or it needs to be dropped.”

Pelosi pushed back against that criticism Friday, and the notion that Democrats are under pressure to take action.