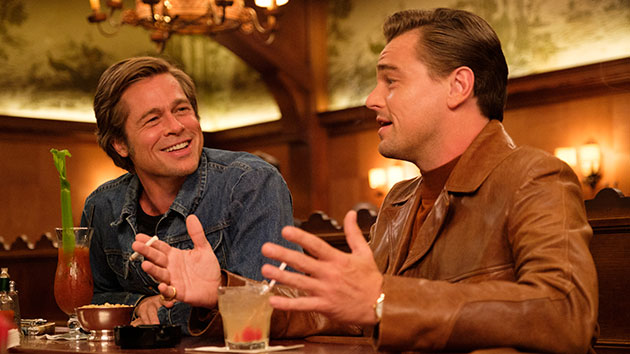 It centers on a fading TV star, played by Leonardo DiCaprio, and his friend and stunt double, played by Brad Pitt. Together, they embark on a trek to make a name for themselves in the Hollywood movie industry.

* Skin — This drama, based on a true story, stars Rocketman’s Jamie Bell as a former skinhead who turns his back on hatred and violence and tries to create a new life for himself. But with his former friends against him, it won’t be easy. Danielle Macdonald, Daniel Henshall, Bill Camp, Mike Colter and Vera Farmiga also star. Rated R.

‘Our Kind of People’: Yaya DaCosta explains why her character’s feelings of entitlement are a good thing
‘No Time To Die’ gets royal reception at Royal Albert Hall premiere
Gabby Petito’s parents ask public to help authorities find Laundrie, aid in helping other missing people
Issa Rae discusses married life and the possibility of having kids in ‘Self’ magazine
COVID-19 live updates: Hospitalizations drop due to declining metrics in Florida
Following jail sentence in college cheating scandal, Lori Loughlin returning to TV’s ‘When Hope Calls’