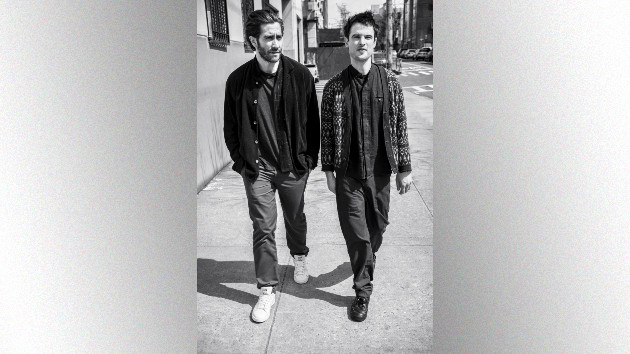 (NEW YORK) — Jake Gyllenhaal is having a blockbuster summer, thanks to his role as Mysterio is Spider-Man: Far from Home. But now he’s transitioning from the Marvel universe to the Broadway stage.

After a successful off-Broadway run, Gyllenhaal and British actor Tom Sturridge upgrade to the Great White Way this Friday with their two-man play, Sea Wall/A Life.

The play is split between two monologues: Sturridge performs the monologue “Sea Wall,” by Simon Stephens, while Gyllenhaal performs “A Life,” by playwright Nick Payne. With the play resting on both of their shoulders, they each have their own pre-show rituals to calm their nerves.

In all seriousness, though, Gyllenhaal says the two “share an awkwardly long hug” each night before Sturridge takes the stage for the first act.

“It’s almost like shooting out on a rocket ship and being like, ‘I’ll see you up on the moon,’” he says.

Sturridge adds, “Walking onto that stage on your own, there is something so comforting about saying goodbye to the person who I know is going to do it in an hour’s time and sort of knowing that they’re there with you.”