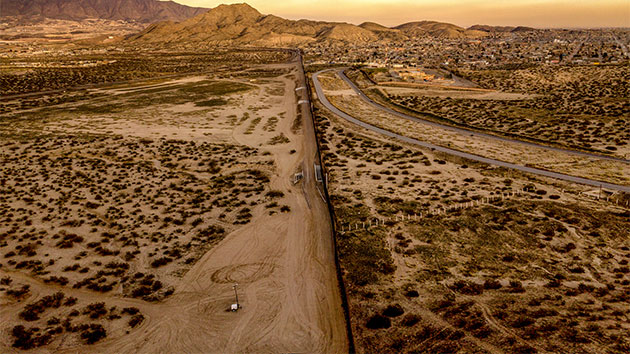 (WASHINGTON) — In a 5 to 4 decision, the U.S. Supreme Court has temporarily given the green light to the Trump administration to reallocate $2.5 billion in Pentagon military funds for construction of a border wall, even as court challenges continue.

The court’s conservative majority, siding with the White House, lifted a lower court injunction that had temporarily put a hold on the move as the case proceeds.

“The government has made a sufficient showing at this stage that the plaintiffs have no cause of action to obtain review of the Acting Secretary’s compliance with Section 8005,” the court wrote in a simple order.

Justices Ruth Bader Ginsburg, Sonia Sotomayor and Elena Kagan would have denied the move. Justice Stephen Breyer also opposed lifting the injunction in full, saying he would have preferred to allow the government to finalize the contracts for the wall but not yet begin construction pending outcome in the case.

The Ninth Circuit court of appeals will hear the case next on the merits.

The ruling came in a lawsuit filed by the American Civil Liberties Union (ACLU) on behalf of the Sierra Club and the Southern Border Communities Coalition, which challenged the president’s use of emergency powers for border wall funds that Congress denied him.

In a statement following the decision, Dror Ladin, staff attorney with the ACLU’s National Security Project, said that the group would ask the Nnth Circuit to expedite the appeals process.

“This is not over,” Ladin vowed in the statement.