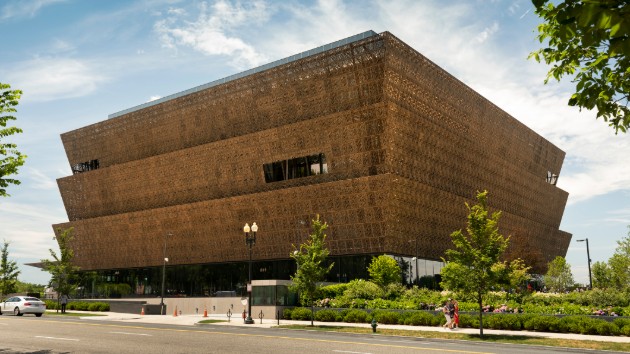 (WASHINGTON) — Millions of images depicting African American life in the 20th century — many of which capture iconic moments throughout history — will be placed in the Smithsonian National Museum of African American History and Culture and other institutions for public viewing, following a week-long auction.The photo archive of the Johnson Publishing Company, which put forth Ebony and Jet magazines, was purchased by the J. Paul Getty Trust, the Ford Foundation, the John D. and Catherine T. MacArthur Foundation and the Andrew W. Mellon Foundation for $30 million on Thursday, the foundations announced. The vast collection of more than four million prints and negatives includes images of Emmett Till’s body after the 15-year-old was murdered in 1955 and Coretta Scott King at the funeral of her husband, Martin Luther King Jr., in 1968.Photos of everyday life for black Americans are also part of the archival footage, with intimate shots of artists, celebrities and leaders that provided “much needed representation in the media,” the Ford Foundation said in a statement.Jim Cuno, president and CEO of the Getty, called the archive one of “such importance, it belongs to a community of much broader institutions.””Our mission was to make sure that this didn’t get purchased by private individuals to be monetized for the value of the collection, but rather that it be something that we brought into the public domain to be shared with the broadest possible public,” he told ABC News Thursday.Cuno said the images are to be split between the Smithsonian in Washington, D.C., and the Getty Research Institute in Los Angeles. A timeline for when that will happen has not yet been set.The goal down the road, he noted, is for the images to be digitized and available for all online.Darren Walker, the president of the Ford Foundation, said in a statement he was thrilled with the outcome of the auction.”This archive is a national treasure and one of tremendous importance to the telling of black history in America,” Walker said. “We felt it was imperative to preserve these images, to give them the exposure they deserve and make them readily available to the public.”The archive was part of an auction for Johnson Publishing’s assets after the company filed for bankruptcy. Johnson Publishing sold both Ebony and Jet magazines in 2016 to a private equity firm.Copyright © 2019, ABC Radio. All rights reserved.

What is Title 42? Amid backlash, Biden administration defends use of Trump-era order to expel migrants
Trump return to White House ‘would be a disaster’ for US intelligence: Former DHS whistleblower
Pfizer CEO says it’s possible to distribute both boosters and primary doses
3 dead in Amtrak train derailment in Montana
Thank you from 2021 Kids in Business! List of winners and photos/videos
The push for electric vehicles may be killing sedans for good: Experts