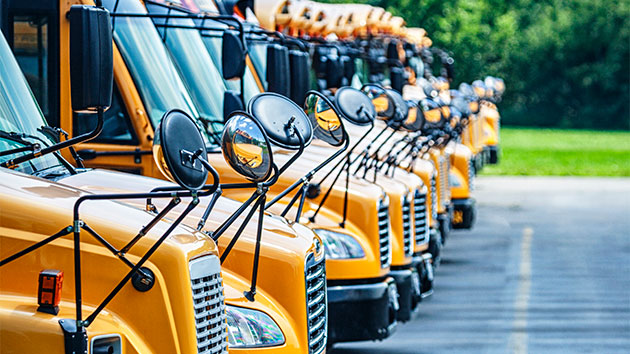 (CHICAGO) — During the last school year in Chicago, there were about three complaints of sexual misconduct a day, much of it “leering, creepy or other concerning behavior,” according to the inspector general for Chicago Public Schools.

The inspector general presented a report to the Board of Education this week that uncovered 458 allegations of sexual misconduct by either a staff member, contractor or volunteer.

Nearly 20% of the claims involved penetration, groping or other sexual contact, and 10 adults affiliated with the district were charged criminally with sexual assault, sexual abuse or indecent solicitation of a minor, according to the report.

Schuler said 23 employees were fired, 97 adults were removed from the classroom pending investigation and 15 substitute teachers have been barred from teaching in the 361,000 student district.

Inspector General Nicholas Schuler told ABC News said that the results of the report are concerning and that the city’s school system is determined to combat the issue.

“CPS has dedicated a lot of resources, which is a change from the past practice,” Schuler said. “Our office is going to be up to 26 or 27 people handling just these allegations alone.”

The inspector general’s office investigated cases from the start of October to the end of last month, and roughly half of the reported cases remain under investigation, according to the report.

“Once you start figuring out what the numbers are and reporting on them they will surprise a lot of people. But that’s the point,” Schuler said. “We want to make sure that we are on top of this.”

The report said that 4% of all security guards were the subjects of complaints — the highest rate of any single workforce group.

“That is definitely something of concern that we are looking into,” Schuler said. “CPS is aware of this issue and they are working on developing a centralized tool to do a better job of vetting these security guards.

Schuler said this report is just the beginning of what his department plans to do with the data they have collected. He said the next steps for his department is to determine any patterns or trends within the data to help better identify issues that still need to be resolved.