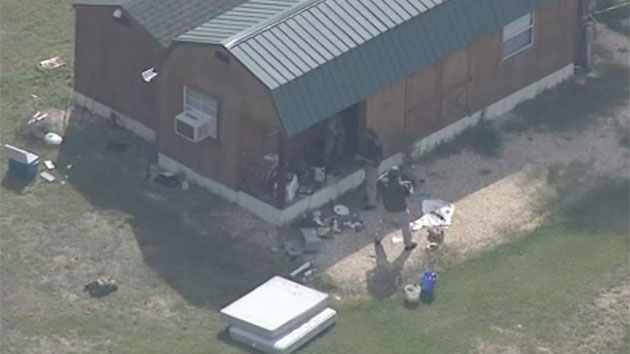 (NEW YORK) — Two agents with the North Carolina State Bureau of Investigations bomb squad were injured in an explosion while conducting an investigation.

The agents, Assistant Special Agent in Charge (ASAC) Timothy Luper and Special Agent Brian Joy, were assisting the Sampson County Sheriff’s Office with an investigation on July 26 and were attempting to melt down bomb-making materials found at the scene when the explosion happened, the North Carolina SBI said in a news release.

The investigation began the day before when the Sampson County Sheriff Office’s Criminal Interdiction Team pulled a vehicle over for speeding, according to the sheriff’s office.

Deputies conducted a probable cause search on the vehicle after a canine detected an odor of narcotics and found “what appeared to be an explosive device” in the passenger area of the vehicle, the sheriff’s office said. After deputies contacted the SBI and Sampson County Emergency Services, the device was confirmed to be an explosive device and was disposed of by the SBI Bomb Squad, according to the sheriff’s office.

Deputies then went to the suspect’s residence in Dunn, where “explosive making materials were located on the premises in plain view,” according to the sheriff’s office, which said deputies found more bomb making materials at the residence after obtaining a search warrant.

Joy was airlifted to the NC Jaycee Burn Center in Chapel Hill and is in critical condition, according to the SBI. Luper was also taken to the burn center and was in stable condition.

The suspect, 33-year-old Jimmy Tyndall, was taken into custody and charged with three counts of possession of weapon of mass destruction, misdemeanor larceny, speeding, possession of methamphetamine and possession of drug paraphernalia, according to the sheriff’s office. Online jail records show Tyndall was being held at the Sampson County Detention Center on $151,000 bond.