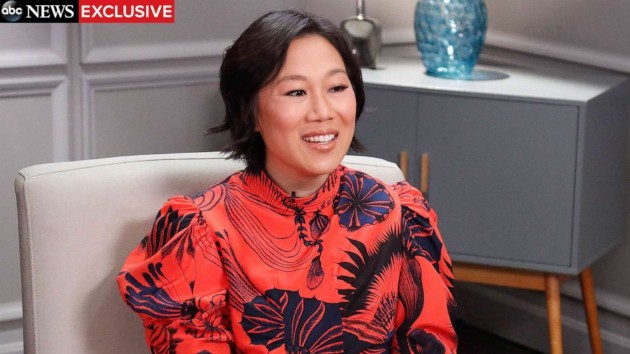 (NEW YORK) — Dr. Priscilla Chan is fast becoming one of the most prominent philanthropic leaders of her generation, striving to make her mark in the fields of medicine and science. A graduate of Harvard University and the University of California, San Francisco, Chan is a pediatrician who also runs the Chan Zuckerberg Initiative, which she and her husband, Facebook CEO Mark Zuckerberg launched in 2015 following the birth of their first daughter Max. The initiative’s most recent program, called “Rare As One,” focuses on driving progress in the fight against rare diseases. “People ask us, ‘Are you going after one disease at a time?"” Chan told ABC News’ Robin Roberts. “No, it’s really about … making every scientist, everyone who participates in the scientific process better.”Rare as One aims to help build rare disease patient registries and research networks, and also provide the resources and tools necessary to strengthen and connect these communities so they can be a collective force that accelerates the search for treatments and cures. Chan said she was inspired to launch the work they are doing now following her experiences as a young doctor. “When I was a young physician, I would open up a patient’s chart and, like, read something about it and … and I at first, was embarrassed,” she recalled. “I would walk into a room and say, ‘I don’t know anything about your disease. Can you tell me, how do you take care of yourself?"” “And these patients and families would teach me, train me on what it was like, what the disease was and how to best take care of themselves, and what worked for them,” she said.The Rare As One project is “about bringing in that patient voice,” Chan said. “They have the insights … I can still remember exact patient rooms where the research didn’t materialize in time or we didn’t find the right treatment, and exact families,” she said. “I think those experience is what makes me realize that we have to do more.” The daughter of Chinese-Vietnamese refugees, Chan was the first in her family to go to college, and says she always knew her life would involve service to others.”A lot of people opened doors for me,” she said. “And if I didn’t work hard and try to continue getting trained to actually open doors for others … I wasn’t doing my part.” She wed Zuckerberg in 2012, and is now working on instilling those same values in their young daughters Max and August — even if they are growing up in a totally different environment than the one she was raised in. “They’re three and two, and we talk about how lucky we are. How lucky we are to have each other, to be happy and healthy,” she said. “And they’re also kids … they just don’t know,” she added. “My three year old, one day she tells me, ‘Mom, I know about Honey Nut Cheerios.’ I’m, like, ‘What do you know about Honey Nut Cheerios?’ and she’s, like, ‘I’ve heard about them. And I want a box for my birthday."”Chan added that this was in June and her birthday is in November, “So I said, ‘Of course, you can have a box of Honey Nut Cheerios for your birthday in six months."”In addition to her mommy duties, Chan said there is also the challenge of navigating the philanthropy world under the spotlight, especially in the wake of Facebook’s recent user privacy violations. “Data privacy is a top concern and should be for everyone, especially in medicine,” Chan said. “What have we learned from Mark’s experiences at running Facebook to make sure that we are … being incredibly proactive about this.” “In the Rare As One work we’re really thinking through when we’re supporting groups building these patient registries, what are our principles around ethics, privacy, security that we wanna see live in these groups when we fund them?” she said. “And if they don’t live yet, how can we best support them?”Chan said she was initially drawn to the field of medicine because, “There’s so many times where I feel like … this could be me.” “I don’t have … a rare disease that I know of. But I’ve gotten really lucky, and I’ve had a lotta people champion for me,” she said. “I don’t take that for granted.”