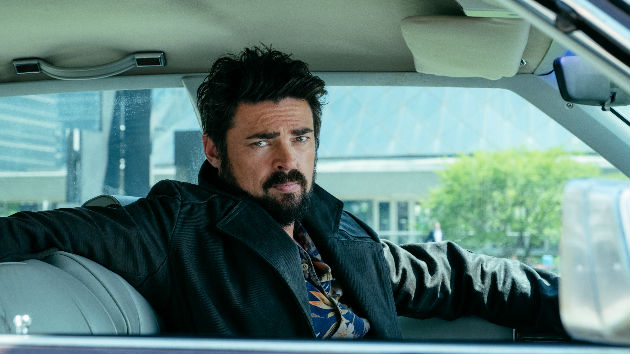 Based on the best-selling graphic novel by Preacher creator Garth Ennis — and produced by Seth Rogen and Evan Goldberg, who brought Ennis’ Preacher to AMC TV — the series is set in the world where superheroes are real — real jerks, that is.

Pampered like celebrities and worshiped like gods, the most famous of these enhanced individuals are in a super-group known as The Seven, led by a hero known as Homelander.  He’s a sociopath, who — like his fellow “heroes” — are more interested in their public image than saving people.

On the other side of things are The Boys, a group of vigilante mortals who want to take out The Seven. Urban plays Billy Butcher, the head of the gang.

“When I read the pilot, it read like it was going to be fun, and it was,” he told ABC Radio. “Billy Butcher is this devious, Machiavellian, super-smart, very highly dangerous individual…To me, that was such an appealing concept, to have someone who is fundamentally powerless to take on the elite and most powerful.”

Urban says his chemistry with the actors who play his fellow Boys — Jack Quaid, Nathan Mitchell, Laz Alonso, and Tomer Kapon — reminds him of some of his most famous films.

“Phenomenal cast,” he enthuses. “I think I’ve felt this like three times before: Lord Of The Rings and Star Trek, and…now…The Boys. We gel really well and it’s all there on screen.”