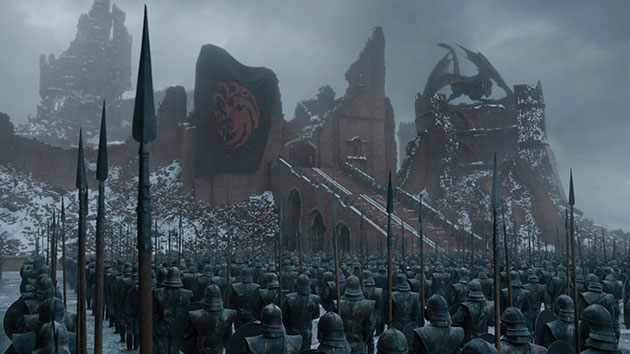 Needless to say, many of the questions centered on that fan petition for HBO to remake the final season of Game of Thrones with different writers, after what many fans considered a rushed and ultimately disappointing end to the series.  While Bloys appreciated the fans’ devotion to the show, he says a remake was never in the cards.

“You know the petition, I think, shows a lot of enthusiasm and passion for the show, but it wasn’t something that we seriously considered,” he told the panel. “I can’t imagine another network would, but you know, who knows.”

Bloys also noted that shooting has wrapped on the highly anticipated GoT prequel, starring Naomi Watts. It’s still in the editing stages so he hasn’t really seen anything yet, but he says it “looks really good, the cast was amazing [and] we’re looking forward to it.”

Bloys also mused about the future of the drama Big Little Lies, which wrapped up season two Sunday. He says while a third season isn’t really in the cards, it’s not out of the question, either.

“To me, you know, on the face of it there’s no obvious place to go or no obvious story,” he declared, but then added, “That said…it’s an extraordinary group of actors and producers and writers…and directors. So if they all came to me and said, ‘we have the greatest take, you know, listen to this,’ I would certainly be open to it because you know, I love working with all of them.”

Biden challenges UN to act together on pandemic, climate change
Those suffering from sickle cell disease may finally be getting some relief as experts work on cure
Second dose of J&J COVID-19 vaccine results in stronger protection, company says
Biden to focus on ‘intensive diplomacy’ at UN amid tensions with allies
Republicans dig in on debt-limit standoff despite Democratic effort to mount pressure
‘Dancing with the Stars’ season 30 recap: JoJo Siwa’s historic first performance puts her atop leaderboard