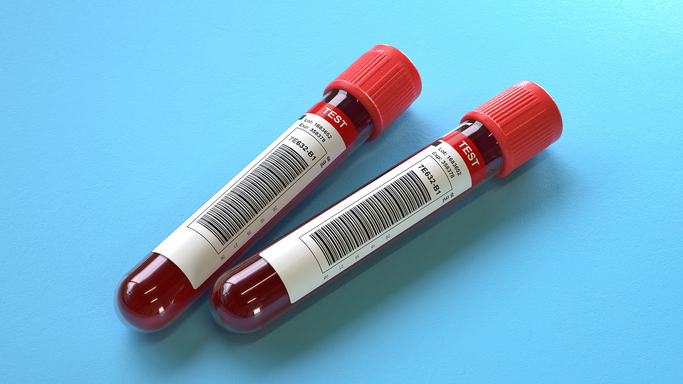 BY: DR. DAVID WOLINSKY(NEW YORK) — Blood tests can check for infections and high cholesterol, but currently, they can’t test for mental illness or pain.A medical startup called MindX Sciences hopes to change that, and announced earlier this month that they are working to develop a blood test using biomarker technology for those conditions that have previously been so hard to measure.Biomarkers are molecules in the body that point to a disease or other body process taking place. One example is human chorionic gonadotropin (hCG), a hormone which, when detected, often confirms pregnancy.The company says it hopes to deliver blood test results that measure biomarkers that can act as a proxy for pain and suicide risk of patients to a small group of doctors and academic institutions before expanding to more doctors.Today, without lab tests, doctors often have to ask patients to rate their pain and mood on a scale from one to 10. Those responses can be relative, varying from person to person, and are tough to measure.Though looking at biomarkers in the blood for information on mood may sound like science fiction, the concept is “absolutely science” says Dr. John Rozel, the medical director of Resolve Crisis Services of UPMC Western Psychiatric Hospital, and associate professor of Psychiatry at the University of Pittsburgh in an interview with ABC News.Dr. Rozel is not involved with MindX, but said he can see the appeal of the idea. He added, however, that he has to see proof that it works before considering using it with his own patients.MindX’s proposal stems from research by a team led by the company’s chairman and co-founder Dr. Alexander Niculescu, a professor of psychiatry at Indiana University. Their work, which is presented in several papers published in the peer-reviewed scientific journal Molecular Psychiatry between 2015 and 2019, look into different diagnostic biomarkers in the blood related to pain, stress and even suicidality, in other words, the propensity for suicidal thoughts, attempts or actual suicide, that can aid the accuracy of clinical diagnoses. The studies were funded by National Institutes of Health and the U.S. Department of Veterans Affairs.In an interview with ABC News, Dr. Niculescu said that the company’s blood testing technology will “contain markers described in those publications, and use the same methodology.”MindX says it plans to further investigate the clinical utility of the biomarker work “with an early access program with one or two major academic institutions, as well as have early access for some doctors to use our test,” said Dr. Niculescu.The company hopes that objective measures of pain can contribute to combating the nation’s opioid crisis by cutting down on overprescription.Dr. Nadya Swedan, a physiatrist who has over 25 years of experience managing pain and acknowledges the drawbacks of opioid use including side effects like constipation and potential for addiction, thinks a test for measuring pain objectively could be valuable.“In theory, [an objective pain test] would be helpful, particularly in people who can’t communicate pain,” said Dr. Swedan in an interview with ABC News.Dr. Swedan questioned, however, how well such a test could work in actual practice. In addition to the cost and time it would take for results from this test to become available, many subjective factors, such as stress levels, contribute to how a person responds to a given trigger.“Pain is not an objective measure,” Dr. Swedan said. “Everyone perceives pain differently.”Addressing the problem of objectivity Dr. Niculescu said “That’s the point,” adding that he believes MindX Science’s blood tests would account for the differences in pain.“Everyone perceives pain differently, and thus has different levels of the biomarkers,” said Dr. Niculescu. “The biomarkers are an objective reflection of the subjective perception of pain.”MindX Sciences also plans to provide doctors with a list of medications that might be more effective for patients based on the biomarkers found in their blood, as they might react better based on their physiology.Dr. Niculescu said the blood tests are not intended to diagnose a disorder, but instead “provide actionable information to doctors in the form of a report with a score, and a list of medication pairings to consider.”Dr. Rozel believes that the price of the tests will be an important factor in how it’s used.“Unless it is affordable and accessible, [MindX tests] will be reserved for the really tough cases,” Rozel said. “If they make the test too affordable, there’s a risk of using it as a screening test,” he said, adding there is no substitute for clinical judgment.It is unclear if or when this type of blood test would be available to the public. Founders of MindX said they aim for the lab tests to be expanded to doctors within a year.David Wolinsky, MD, is a fourth-year psychiatry resident at the University of Michigan who is working with the ABC News Medical Unit.

A family promise led her to Mount Cristo Rey, the site of a pilgrimage for those seeking a miracle
Angela Bassett is amazed by her Madame Tussauds wax figure: “Oh Lord! I’m a twin!”
COVID-19 live updates: More than 10,000 new deaths reported in US in one week
Murdaugh murders and mysteries timeline: Key events in the South Carolina family’s scandals and deaths
Alaska once had the highest vaccination rate. Now it’s in a COVID-19 crisis.
Priyanka Chopra responds to growing criticism over ‘The Activist’: “The show got it wrong”