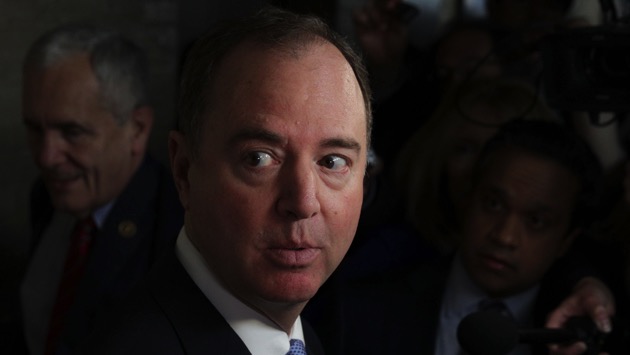 (NEW YORK) — Rep. Adam Schiff, D-Calif., appeared on ABC’s The View Thursday, a day after overseeing Robert Mueller’s historic congressional testimony.Ana Navarro, co-host of The View asked Schiff what are the next steps for Congress now that Mueller has testified.”We are doing the investigations, and as you know, we’re having a vigorous debate about whether we need to go beyond investigation to impeachment, and if so, when,” Schiff said.Schiff, the chairman of the House Intelligence Committee, with his precise questioning in the second of two hearings Wednesday made a strong case for why Russian interference in 2016 U.S. elections warranted an investigation and why all American’s should be concerned with how intertwined Trump’s campaign was in their efforts.”I gather you believe knowingly accepting foreign assistance during a presidential campaign is an unethical thing to do,” Schiff asked Mueller.”And a crime in given circumstances,” Mueller responded.”Also unpatriotic,” Schiff added.”True,” Mueller said.This is a developing story, please check back for updates.Copyright © 2019, ABC Radio. All rights reserved.

Louisiana residents frustrated by FEMA aid process weeks after Hurricane Ida
These vaccine mandates are already in place to attend school in the US
Jennifer Aniston says season 2 of The Morning Show ﻿will tackle cancel culture
Utah police release body camera image of Gabby Petito after apparent fight with boyfriend
Apprehensions at the southern border surpass 200,000 in August
Now you can own James Bond’s DB5 — the book, that is