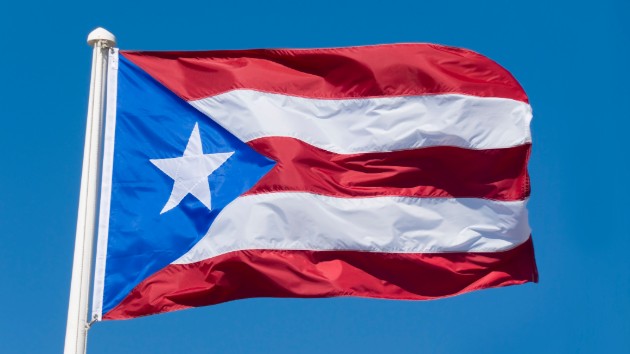 (SAN JUAN, Puerto Rico) — The chief of staff to Puerto Rico’s embattled governor has resigned amid mounting pressure on the office and calls for the governor himself to resign. Gov. Ricardo Rossello and his staff are accused of making homophobic, misogynistic and sexist comments against opponents and critics and mocking victims of Hurricane Maria. The streets of San Juan have been filled with protesters over the past 11 days. Tens of thousands turned out to massive protests on Monday, which ended in police firing tear gas at some protesters late in the night.The resignation of Ricardo Llerandi, Rossello’s chief of staff, was announced Tuesday and will go into effect on July 31. Llerandi was one of the two government aides who survived the firings after the release of nearly 900 pages of Telegram group chats that prompted outcry.Protesters have made it clear that the resignation they seek is that of Rossello, though he has rebuked those calls. The governor said Sunday in a video address he would not step down in the face of protests, but also would not seek reelection in 2020. He also stepped down as the leader of the New Progressive Party. The announcement had the opposite of its intended effect, with protesters turning out in droves the following day.Unconfirmed reports of Rossello’s resignation prompted cheers from hundreds of protesters Tuesday evening. The governor’s office would not respond to requests for comment from ABC News Tuesday evening. “We want a government that really represents us, that is working there for the people of Puerto Rico and not for their own benefit and the benefit of their own friends,” protester Daphne Lebron told ABC News on Monday. The nearly 900 pages of text messages were obtained by the Puerto Rico Center for Investigative Journalism and posted on July 13. Among the chats, Rossello and aides used homophobic slurs when discussing Puerto Rican music star Ricky Martin, disparaged San Juan Mayor Carmen Yulín Cruz as “off her meds” and said he was “salivating” to shoot her, referred to former New York City Council Speaker Melissa Mark-Viverito as a “whore” and joked about the corpses piling up during Hurricane Maria. Protests have followed every day since.The 40-year-old Rossello is the son of a former governor and has served since January 2017, eight months before Hurricane Maria came ashore and delivered unprecedented destruction to the island. Almost 3,000 people died in the storm, which delivered massive destruction to homes and businesses and knocked out power to large swaths of the island for months.President Donald Trump, most of the 2020 Democratic presidential candidates and scores of politicians from Puerto Rico itself have called on Rossello to resign. Even the mayor of San Sebastian, Javier Jimenez Perez, the one person Rossello was able to cite as a supporter during an interview with Fox News on Monday, told ABC News he does not support the governor. Copyright © 2019, ABC Radio. All rights reserved.