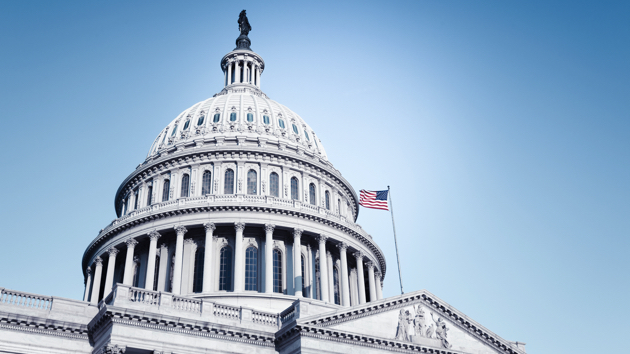 (WASHINGTON) — Republicans and Democrats filtered Robert Mueller’s Capitol Hill testimony through their own prisms Wednesday, with the GOP taking the former special counsel to task for his refusal to discuss in depth the origins of his investigation into Russian interference and several Democratic presidential candidates intensifying their calls for President Donald Trump’s impeachment.The candidates said the proceedings underscored how urgent it was to start impeachment proceedings.

Robert Mueller's report was an impeachment referral. His testimony today will not change that. Congress has had the power to hold the president accountable for months. Enough with the delays. Do your job.

The idea that Trump was not exonerated “was clear in reading this report the day the report came out,” Sen. Elizabeth Warren, D-Mass., said at a convention of the National Association for the Advancement of Colored People in Detroit. Sen. Cory Booker, D-N.J., echoed Warren, saying Mueller’s report released in April was “enough of an indication that the House of Representatives should begin impeachment proceedings against this president.”Conservative commentators and right-wing media criticized Mueller for repeatedly asking members of the House Judiciary Committee to repeat their questions. The conservative Drudge Report labeled Mueller “dazed and confused.”Republicans hit Mueller on social media for saying he was “not familiar” with the firm behind a dossier Republicans have said sparked the Russia investigation. But others dispute that allegation.Democrats, meanwhile, said the hearing would bring the Mueller report “to life.””The questioning of our Democratic members have been highly effective and efficient,” Rep. Elijah Cummings, D-Md., told reporters after the Judiciary Committee Hearing. “The one thing that we always try to do is try to draw out the information that we think would be helpful to American public in forming their own opinions. And I think that here, we have done something already and that is to bring life to the Mueller report.”On social media, Democrats pointed in particular to Mueller’s response to questions from Rep. Jerry Nadler, D-N.Y., the committee’s chairman, that his investigation had not completely exonerated Trump, as well as to Mueller’s repeated denial that he had sought the position of FBI director from Trump — which the president had alleged and that Trump said made Mueller “conflicted.”The president himself tweeted commentary from Fox News on-air talent, one of whom called the hearing a “disaster” for Democrats, while the White House press secretary said the Judiciary Committee testimony was an “epic embarrassment.”

The last three hours have been an epic embarrassment for the Democrats. Expect more of the same in the second half.

The president’s son, Donald Trump Jr., tweeted that the hearing was a “disaster” for Democrats. He also shared a tweet from a conservative commentator who asked, “Is it possible that the Republicans have kidnapped the real Robert Mueller and substituted a mentally retarded look-alike in his place?”