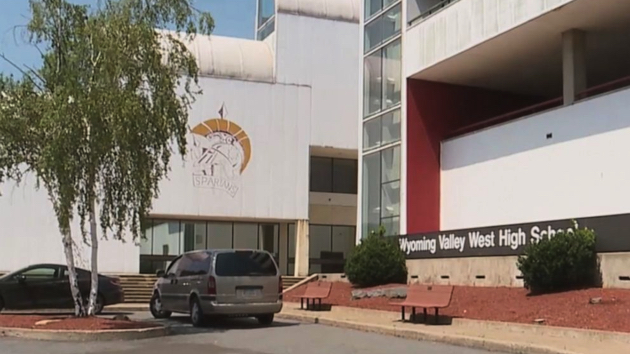 (PHILADELPHIA) — A Pennsylvania school district that threatened to have children placed in foster care if their parents’ didn’t pay outstanding lunch tabs has apparently rejected a businessman’s offer to cover the cost.Todd Carmichael, the CEO and co-founder of La Colombe Coffee Roasters, which is headquartered in Philadelphia, said he offered to give Wyoming Valley West School District over $22,000 to settle students’ massive lunch debt on Monday, after learning about a warning letter sent to parents earlier this month that threatened children could be “taken from your home and placed in foster care” if their tab wasn’t paid.More than 14 percent of people living within the school district are below the poverty line, about 10 percent higher than the overall number across the state of Pennsylvania, according to the latest data from the United States Census Bureau.”I think it doesn’t take a rocket scientist to put A and B together here to realize that these people are struggling,” Carmichael said in an interview with ABC Philadelphia station WPVI on Tuesday night. “We’re shaming people who are struggling, and that’s immoral and that’s just wrong.”In a letter sent to local newspapers on Monday and later provided to ABC News, Carmichael said he felt he “had to do something” to help because he received free meals at school as a child when his mother struggled to make ends meet.”I know what it means to be hungry. I know what it means to feel shame for not being able to afford food,” he wrote. “I worked with my team to reach out to the school district to let them know we were eager to donate the full amount outstanding.”But the district’s school board president, Joseph Mazur, refused the proposition in a telephone conversation on Monday, arguing that the lunch money is owed by parents who can afford to pay, according to Carmichael’s spokesman Aren Platt.”The position of Mr. Carmichael is irrespective of affluence, irrespective of need,” Platt told WPVI. “He just wants to wipe away this debt.”In his letter to local newspapers, Carmichael said the offer still stands and urged the school board president to reconsider.”Mr. Mazur, I am offering to pay this debt in full,” he wrote. “By saying no, you are not just shaming families who elected you, but you are placing this burden on [Wyoming Valley West] taxpayers, and that is completely unfair.”The school board did not immediately respond to ABC News’ request for comment Wednesday.Speaking to ABC News last week, Joseph Muth, director of the school district’s federal programs, said the letter was sent to dozens of parents, saying that the district was owed around $22,476 in lunch money. However, Muth called the letter a mistake and suggested the district would explore other options to get repaid.“The letter was over the top and should not have been sent out,” Muth told ABC News in an interview last Friday.Sen. Bob Casey of Pennsylvania weighed in on Twitter, saying, “these letters were callous and should never have happened.””Moving forward,” Casey tweeted, “the School District has an obligation to find an appropriate way to collect these funds, instead of using threats.” Copyright © 2019, ABC Radio. All rights reserved.