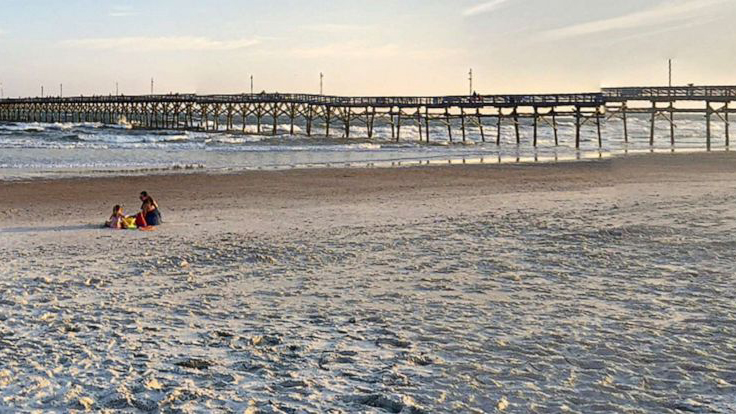 (OAK ISLAND, N.C.) — The organs and tissue of the North Carolina father who died after a rogue wave caused him to break his neck will likely help up to 75 people.Lee Dingle was playing with his kids in shallow waters on Oak Island on Friday when an “intense” wave crashed over him and slammed him into the sand, his wife, Shannon Dingle, wrote on Twitter.The swelling in his throat was so severe that it cut off oxygen to his brain, according to a GoFundMe campaign set up for the family. He leaves behind his wife and six children.The father’s organs and tissue will “save and heal up to 75 lives,” Chuck Heald, spokesman for Carolina Donor Services, told ABC News.”He’s gonna be a hero to so many people because he gave the gift of life,” Heald said.Shannon Dingle told ABC affiliate WTVD that although she wishes her husband were still alive, she’s glad his organs will be helping others.Carolina Donor Services told Shannon Dingle that since her husband’s organs will be able to help so many people because he was “so healthy.” Shannon Dingle also advised people to “make sure your loved ones know your wishes,” because even though her husband was a registered organ donor, the consent still needs to come from next of kin.Four of the Dingles’ six children are adopted. Three are siblings from Uganda, and their daughter, Zoe, who has cerebral palsy, is from Taiwan.Family friend April Schweitzer described Lee Dingle as an attentive father to WTVD.A GoFundMe for the family has raised more than $270,000.