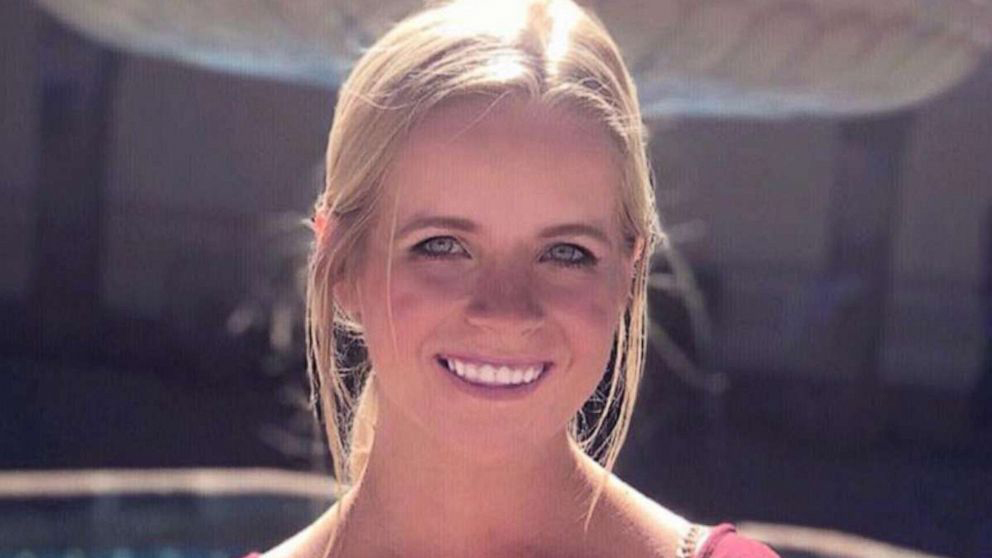 (OXFORD, Miss.) — Shocked friends are mourning the beloved Ole Miss student who was allegedly killed by a college classmate.The body of Alexandria “Ally” Kostial was discovered in Harmontown, Mississippi, on Saturday. Brandon Theesfeld, 22, was arrested Monday for murder, authorities said.”The fact that it happened to Ally, it’s so hard to believe,” college friend Rachel Macdonald told ABC News. “It’s so sad and she didn’t deserve this. No one deserved that.”Theesfeld and Kostial knew each other for four years, Macdonald said.”I never would’ve seen him doing that,” said Macdonald, who said she’s known Theesfeld for about two years. “Not to say that he couldn’t, ’cause anyone’s capable of anything.”This photo posted on one of Kostial’s social media pages shows Kostial and Theesfeld together.As for Kostial, Macdonald remembered her smile as contagious.”She knew how to make everyone laugh. She knew how to make everyone feel loved … she went out of her way for anyone, whether she knew them or not,” Macdonald said. “No matter what came her way she tried to make a positive out of the situation.”Kostial’s high school friend, Casey Hendrickson, said she was one of the “most positive, radiant people I’ve ever met.””Always smiling, always happy,” Hendrickson told ABC News. “Never had a bad thing to say about literally anyone.”Kostial, a St. Louis native studying marketing at Ole Miss’ School of Business Administration, was on campus for summer classes, according to her father.Her cause of death has not been released.Theesfeld was a student in the School of Business Administration and has since been suspended from the university, according to the school.He was taken into custody at a gas station in Memphis, police said, and is now in custody in Lafayette County, Mississippi. He has not entered a plea.Theesfeld’s father told ABC Dallas affiliate WFAA-TV on Tuesday, “I’ve spoken to Brandon. I ask that everyone give him the benefit of the doubt that he is innocent.”The father told WFAA-TV that the family would soon be retaining legal representation.The university’s Interim chancellor, Larry Sparks, said in a statement, “Ally was an engaged member of our community with friends across our campus and a promising future. The university will support the Kostial family in every way we can during this traumatic time.”Sparks added, “Ally’s death shocks the conscience and causes much pain and sorrow, but it does not define our campus community. We must draw strength from what brings us together as a community, even as we grieve this unspeakable loss.”

Teen pleads guilty in murder of Barnard student Tessa Majors
“Something wicked this way comes”: See Denzel Washington in stark teaser for ‘The Tragedy of Macbeth’
Gillian Anderson’s Emmy night: Yes, she’s American; no, she hasn’t spoken with long-dead Margaret Thatcher
‘Law & Order: SVU’ co-star Denmore Barnes on his “surprise” exit: “I don’t totally know why this happened”
After testifying on sexual abuse, Aly Raisman says she hopes ‘somebody listens to us’
‘﻿Blue Bayou’﻿ shines a light on this issue that many have “no clue” about