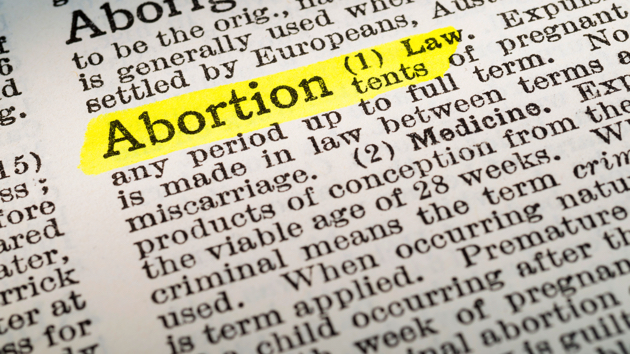 (LITTLE ROCK, Ark.) — Abortion access activists are breathing a sigh of relief in light of the latest judicial decision blocking, at least temporarily, constraints in Arkansas.A federal district court judge blocked state laws that would have prevented a woman from getting an abortion 18 weeks into a pregnancy, among other proposed restrictions. The laws would have potentially closed the state’s final clinic that performs surgical abortion, too.The decision by U.S. District Judge Kristine Baker is a temporary restraining order, meaning it will hold for 14 days. At that point, another decision will have to be issued.Arkansas is one of several states where state legislators and governors have passed abortion restrictions in 2019, though all of them have been upheld by the courts to date.Arkansas Gov. Asa Hutchinson signed the 18-week abortion ban in March, prompting a legal challenge by the local ACLU.Baker’s decision, issued late Tuesday, came as a result of a lawsuit against the state brought by the American Civil Liberties Union and the Planned Parenthood Federation of America. The law firm O’Melveny & Myers LLP, which represented Little Rock Family Planning Services and the local Planned Parenthood organization, also fought against the state’s abortion law.”We’re relieved that these bans and restrictions have been blocked from taking effect and we’re determined to see them struck down for good,” Holly Dickson, ACLU of Arkansas legal director and interim executive director said in a statement.”Personal medical decisions are just that – personal – and politicians have no business barging into people’s private decisions, shutting down clinics and blocking people from care that they need,” Dickson said in the statement.Leslie Rutledge, Arkansas’s attorney general, called the lawsuit “frustrating, but not unforeseen.””The action was only the initial step and I anticipate further action in the near future in our defense of these laws that protect the life of mothers and their unborn children,” Rutledge, a Republican, said in a statement.The decision specifically focused on three laws, which, as a result of the temporary ruling, will not be enforced. Copyright © 2019, ABC Radio. All rights reserved.