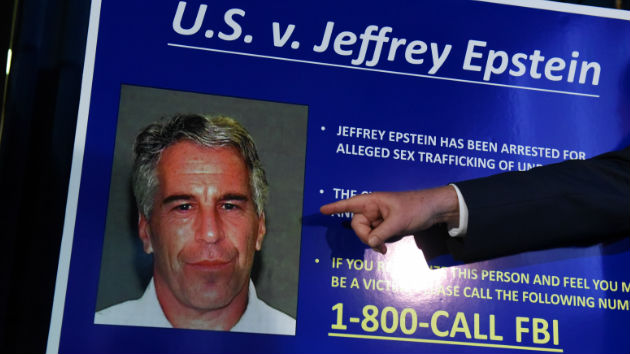 (LOS ANGELES) — On the heels of their high-profile Surviving R. Kelly docu-series earlier this year, Lifetime’s preparing to direct a similar spotlight on another controversial figure.

The cable channel just announced their next docu-series will be Surviving Jeffrey Epstein, about the 66-year-old billionaire New York financier and registered sex offender who was recently arrested for his alleged predatory behavior involving young girls.

Epstein was convicted in Florida in 2008 in a controversial plea deal that saw him plead guilty to prostitution-related charges after he was indicted on sex crimes that included allegedly having sex with underage girls as young as 14 years old.  He served 13 months in prison and had to register as a sex offender under the plea terms.

Earlier this month, Epstein was arrested in New Jersey on sex trafficking charges, again allegedly involving underage girls.  He was denied bond and remains in jail pending trial.  He faces up to 45 years in prison if convicted on all charges.

There’s no word so far on when Surviving Jeffrey Epstein will premiere.