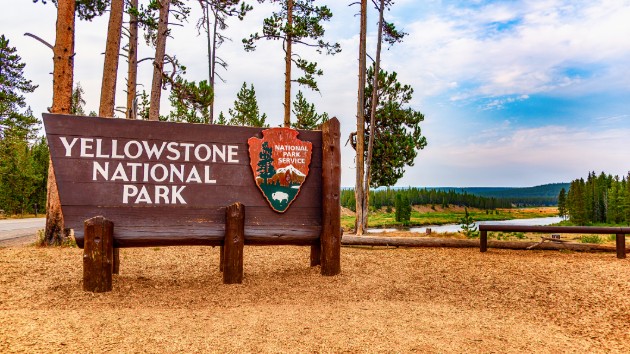 (NEW YORK) — A 9-year-old girl has been injured by a bison at Yellowstone National Park, according to officials. A group of about 50 people were between 5 to 10 feet from the bison near the Old Faithful Geyser for at least 20 minutes on Monday, causing the bison to charge at them, according to a press release from the National Park Service.The bull bison ran toward the girl and “tossed her in the air,” officials said.The girl, who is from Odessa, Florida, was taken to the Old Faithful Lodge by her family and was assessed and treated by a park emergency medic there. She was then transferred to the Old Faithful Medical Clinic and later released.The extent of her injuries is unclear.Video circulating on social media shows a large bison charging toward a young girl as others run away.No citations were issued as a result of the incident, according to park officials. An investigation is ongoing.The National Park Service reminded visitors that “wildlife in Yellowstone National Park are wild,” urging them to stay at least 25 yards away from large animals such as bison, elk, bighorn sheep, deer, moose and coyotes, and at least 100 yards away from bears and wolves.”If need be, turn around and go the other way to avoid interacting with a wild animal in close proximity,” the NPS said.