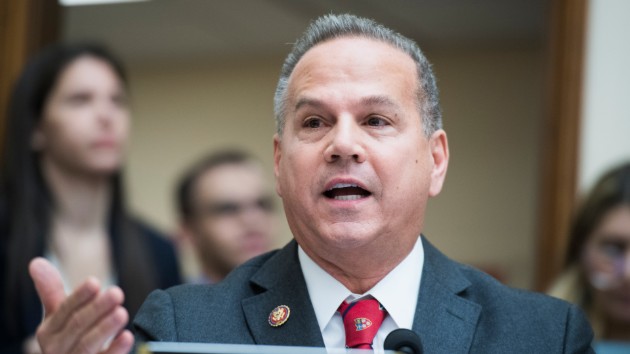 (WASHINGTON) — As some Democrats ratchet up expectations for special counsel Robert Mueller’s upcoming appearance on Capitol Hill on Wednesday, one top House Democrat is setting the stage for a hearing that is less show-stopping and more sobering. Rep. David Cicilline, D-R.I., told ABC News that he does not expect Mueller to reveal new details in regards to his investigation into Russian interference in the 2016 election. Instead, he expects Mueller to recount the report’s conclusions of potential misconduct by President Donald Trump to a public audience — many of whom he believes will be learning of these allegations for the first time, he said.”It’s not going to be exciting but I think it’s deadly serious,” Cicilline told ABC News in an interview with “The Investigation” podcast. “The reason I say it’s sober is because these are very serious allegations, this is very serious misconduct, and for most people it will be, really, the first time they hear about the contents of the report.”

[ READ THE FULL TRANSCRIPT OF CICILLINE’S INTERVIEW ON “THE INVESTIGATION” ]

Mueller’s 448-page report was publicly released on April 18, but Cicilline said that because most Americans haven’t read it, they will be surprised when they watch Mueller testify about the content of his report.Mueller himself said during a press conference in May in his first and only public statement since the conclusion of the investigation, that the report is his testimony and that he wouldn’t provide information beyond its contents in a congressional hearing.Cicilline said that for most Americans, that would still make for a “very disturbing” testimony.Cicilline is a member of the House Judiciary Committee, one of two committees whose members will have a chance to ask the special counsel questions on Wednesday. He said his committee would be focusing its questioning on parts of the report that outline conduct by the president that could potentially be considered obstruction of justice.”I think most of us will avoid questions which ask him to speculate because he’s not going to do that,” Cicilline said. “He’s going to limit his testimony to what is in the report, but as I’ve said, that is damning and significant and serious.”In his report, Mueller outlined 11 potential actions by the president that were investigated as possible cases of obstruction. His team declined to make a prosecutorial recommendation on whether the president had obstructed justice citing an Office of Legal Counsel opinion that states that a sitting president can’t be indicted.Congress is now zeroing in on these potential instances of obstruction and Cicilline said his committee plans to focus on five actions in particular, including reports that Trump directed former White House Counsel Don McGhan to have Mueller fired before instructing McGahn to lie to investigators and rebuff reports that he had been told to fire Mueller in a written memo.Also of interest to Cicilline: allegations that the president instructed his former aide, Corey Lewandowski, to tell former Attorney General Jeff Sessions to limit the scope of Mueller’s investigation to only election interference.This evidence pertaining to obstruction of justice is what Cicilline said prompted him to become one of the first members of the House of Representatives to call for an impeachment inquiry against the president. The congressman has continued to lead the charge in favor of impeachment inquiries.However, Cicilline and other House Democrats who are in favor of impeachment inquiries face opposition — House Speaker Nancy Pelosi has publicly said she is against impeaching Trump. There is also a lack of majority support from the 553 members of the House, of which only 90 members so far support impeachment inquiries, according to ABC News’ count.Cicilline said impeachment should not be a political calculation, but instead, a means by which Congress can hold the president accountable after Mueller determined he could not indict.”Our founders created this vehicle so we could hold the president accountable. Mr. Mueller makes clear that Congress is really the only place where a president could be held accountable,” Cicilline said. “Unless we’re prepared to say that the president is above the law, and I don’t think we are, then people expect us to do our job and hold him accountable.” Copyright © 2019, ABC Radio. All rights reserved.

The push for electric vehicles may be killing sedans for good: Experts
Generational wealth implications: Black and Latino-owned homes are more likely to be undervalued
Nick Cannon teases possibility of having more children: “My therapist says I should be celibate”
House passes abortion rights bill but little chance of becoming law
Kids whose mothers were depressed during pregnancy more likely to be depressed: Study
Utah city will investigate police response to Gabby Petito, Brian Laundrie dispute