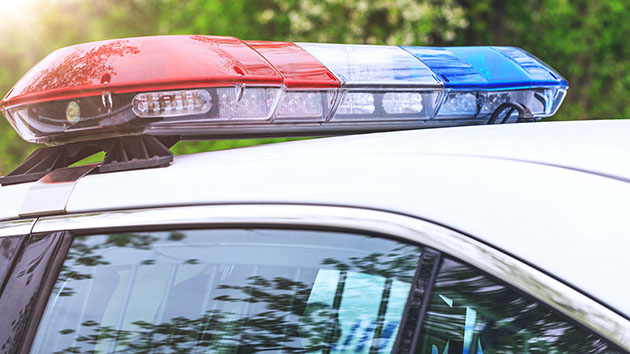 (OXFORD, Miss.) — A 22-year-old Texas man is in custody in connection with the killing of an Ole Miss classmate whose body was discovered over the weekend, authorities said Tuesday.Brandon Theesfeld was arrested Monday for the murder of Alexandria “Ally” Kostial, 21, according to the Lafayette County Sheriff’s Office.Theesfeld “was a student in the School of Business Administration and has been suspended from the university,” university spokesman Rod Guajardo told ABC News via email.Deputies were on a routine patrol Saturday at 10:30 a.m. when they found Kostial’s body in Harmontown, Mississippi, about 30 miles from Ole Miss, according to the sheriff’s office.Her cause of death has not been released.It was not immediately clear how Theesfeld allegedly knew Kostial, if at all.Theesfeld will make an initial appearance before a judge on Tuesday, according to the sheriff’s office.Kostial was from St. Louis and was studying marketing at the University of Mississippi’s School of Business Administration, according to the sheriff’s office and the university.Kassidy Desnoyer, who went to high school and college with Kostial, wrote on Facebook, “I’m so grateful that I got to know Ally throughout high school and we shared so many memorable experiences at Ole Miss together.””From road tripping down to Oxford to being my Alpha Phi sister I will cherish all the memories we had together,” the message read.”She was the brightest light and always had a smile on her face,” Desnoyer wrote. “She truly was a ray of sunshine.””We are truly saddened by the death of Alexandria Kostial,” University of Mississippi Interim Chancellor Larry Sparks said in a statement.”Ally was a valued member of our campus community,” Sparks said. “We extend our deepest sympathy to her family, friends, and classmates, and stand ready to support them during this time.”Before attending Ole Miss, Kostial graduated in 2016 from Lindbergh High School in St. Louis, according to the school district.”Our hearts are broken for the Kostials, and we extend our deepest sympathies to her entire family during this time,” Lindbergh Schools spokeswoman Beth Johnston told ABC News via email on Monday.Copyright © 2019, ABC Radio. All rights reserved.