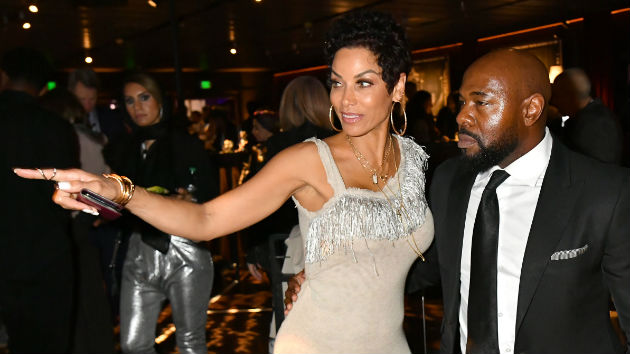 Photo by Jeff Kravitz/FilmMagic for HBO
Posted on July 23, 2019 by ABC News

(LOS ANGELES) — Nicole Murphy was recently spotted locking lips with married director Antoine Fuqua poolside in Italy, and now the Hollywood Exes star is speaking out in her defense.

In a statement obtained by Love B. Scott, Murphy brushed off the incident as a friendly encounter.

“Antoine and I are just family friends,” the statement reads. “I ran into him in Italy and we exchanged a friendly hello and that was it.”

Fugua, who is known for directing such films as Training Day, American Gangster and The Equalizer with Denzel Washington, has been married to Waiting To Exhale actress Lela Rochon for 20 years. According to Page Six, Fuqua was in Italy for the Ischia Global Festival, where he was to receive the director of the year award.

Although Rochon has not commented publicly on the incident, the actress did deactivate both her Instagram and Twitter accounts.

Murphy has five children with Eddie Murphy and recently became a grandmother. Meanwhile, Fuqua and Rochon have two children together.

COVID-19 live updates: More than 10,000 new deaths reported in US in one week
Tyra Banks defends Olivia Jade ahead of her ‘Dancing with the Stars’ debut: “Olivia is so brave”
Murdaugh murders and mysteries timeline: Key events in the South Carolina family’s scandals and deaths
Alaska once had the highest vaccination rate. Now it’s in a COVID-19 crisis.
In theaters now: Gerard Butler and Frank Grillo in the “irreverent, explosive” ‘COPSHOP’
Louisiana residents frustrated by FEMA aid process weeks after Hurricane Ida