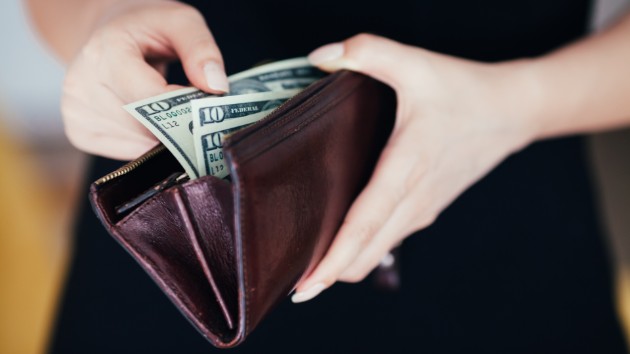 (NEW YORK) — New York could become the latest city to punish businesses that refuse to accept cash. New York’s City council will vote on a bill Tuesday that would prohibit most shops and restaurants from refusing to accept payments in cash amid concerns that cashless policies could discriminate against lower-income patrons or those without bank accounts. The council’s Committee on Consumer Affairs and Business Licensing voted to approve the bill on Monday. Committee chair Rafael Espinal, a co-sponsor of the bill, said cashless polices disproportionately impact unbanked New Yorkers who are much more likely to rely on payday loans and check cashing facilities.”I’m happy that we can draw attention to some of the unintended consequences of new cashless technologies and how they impact marginalized populations,” Espinal said at a hearing on Monday. “When attitudes toward cash equate it with being dirty, antiquated, or unsophisticated, we risk stigmatizing the communities who rely on it.”About 12% of New Yorkers in 2013 did not have bank accounts, Espinal said, highlighting domestic violence survivors who don’t wish to be traced and undocumented immigrants as some of those who may face significant challenges when opening bank accounts.In 2017, about 8.4 million U.S. households were unbanked and an additional 24 million were considered under-banked, meaning they had access to a checking or savings account, but relied on high-cost alternative banking services like pawn shops, payday loans and rent-to-own stores, according to the FDIC.”We want to make sure that people who have no other form of legal tender can fully make use of it,” Espinal said. “If not, we risk segregating customers and perpetuating the divide between the haves and have nots.”The bill, introduced by New York City Councilman Ritchie Torres, also prohibits businesses from charging cash-paying consumers a higher price than cashless consumers.If signed into law as it stands, stores and restaurants would be fined $1,000, per violation, for refusing to accept cash under the legislation.Retailers would be permitted to refuse payments in bills larger than $20 and membership-based establishments — such as gyms or workout studios that keep member credit cards on file — would be excluded from the ban.New York is among more than a dozen major U.S. cities mulling a ban on cashless polices. Philadelphia and San Francisco signed off on pro-greenback legislation earlier this year in an effort to stymie the so-called war on cash; Chicago and Washington, D.C., are considering similar bans.Massachusetts and New Jersey bans cash-free practices statewide. Copyright © 2019, ABC Radio. All rights reserved.