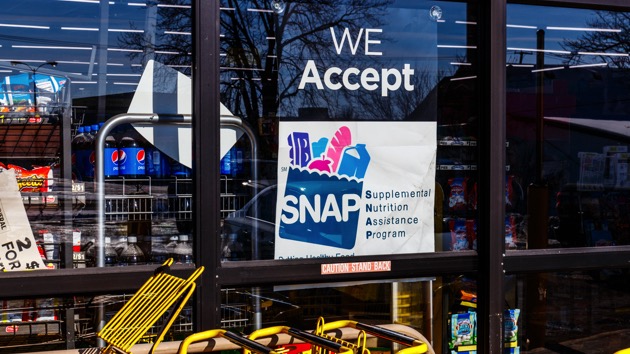 Democrats immediately blasted the move, claiming it “would take food away from families.”

The proposed rule by the U.S. Department of Agriculture comes after Congress initially failed to come to an agreement on the issue in the 2018 farm bill, and looks to limit access to SNAP benefits by not automatically enrolling individuals who are also receiving minimal Temporary Assistance for Needy Families or TANF.On call with reporters Monday, Acting Deputy Under Secretary Brandon Lipps said the proposed rule would result in saving an average of $2.5 billion per year.The department in a press release on Tuesday said the move closes a “loophole,” and said that the program should provide benefits “with consistency and integrity to those most in need.”“For too long, this loophole has been used to effectively bypass important eligibility guidelines. Too often, states have misused this flexibility without restraint,” said Agriculture Secretary Sonny Perdue in the news release.“The American people expect their government to be fair, efficient, and to have integrity – just as they do in their own homes, businesses, and communities. That is why we are changing the rules, preventing abuse of a critical safety net system, so those who need food assistance the most are the only ones who receive it,” he said.

The top Democrat on Senate Committee on Agriculture, Nutrition, and Forestry, Sen. Debbie Stabenow, called the move “yet another attempt by this Administration to circumvent Congress and make harmful changes to nutrition assistance that have been repeatedly rejected on a bipartisan basis.””This rule would take food away from families, prevent children from getting school meals, and make it harder for states to administer food assistance,” the Michigan Democrat said in a statement. “The Administration should stop undermining the intent of Congress and instead focus on implementing the bipartisan Farm Bill that the President signed into law.”

For a household to receive SNAP benefits under the proposed rule it must “receive TANF-funded cash or non-cash benefits valued at a minimum of $50 per month for at least 6 months,” or be eligible for other non-cash benefits like “subsidized employment, work supports, or childcare,” according to the news release.The proposed rule also comes after a man dubbed the Minnesota Millionaire enrolled in SNAP benefits for several months to prove a point, which the department cited as an example that the program has been too widely expanded.“The proposed rule would fix a loophole that has expanded SNAP recipients in some states to include people who receive assistance when they clearly don’t need it. In fact, the depth of this specific flexibility has become so egregious that a millionaire living in Minnesota successfully enrolled in the program simply to highlight the waste of taxpayer money,” the news release said.However, according to a 2018 Congressional Research Service report, “SNAP fraud is relatively rare, according to available data and reports.”Copyright © 2019, ABC Radio. All rights reserved.