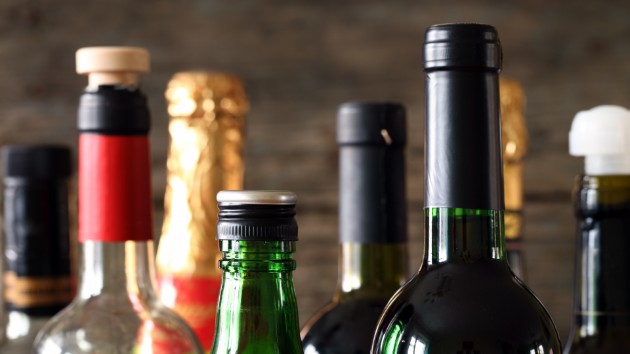 (NEW YORK) — Nineteen people in Costa Rica have died after consuming alcohol tainted with harmful levels of methanol.The Costa Rican Ministry of Health has confirmed that out of these fatalities, 14 were men and five were women, all were between the ages of 32 and 72, and occurred across various cities in Costa Rica. The U.S. Department of State confirmed that no U.S. citizen’s illness or death has been related to the consumption of adulterated alcohol in Costa Rica. All victims identified so far have been Costa Rican, and did not consume the alcohol at hotels. The health ministry has confiscated about 30,000 containers of alcohol labeled as Guaro Montano, Guaro Gran Apache, Star Welsh and Aguardiente Molotov, after identifying toxic levels of methanol in them. They have advised the general public to avoid consuming these alcoholic beverages until further investigations are completed and the sources of counterfeit products have been found.Costa Rica President Carlos Alvarado Quesada tweeted out last Friday that he has instructed authorities to continue gathering data in order to identify the sources responsible for these deaths.While Costa Rica is now making headlines, in recent years there have been numerous outbreaks related to tainted alcohol in Cambodia, Czech Republic and Ecuador, among other countries. Some outbreaks have affected as many as 800 victims with mortality rates greater than 30%, according to the World Health Organization. In India, 154 people died and over 200 were hospitalized this year alone after drinking unregulated moonshine.Methanol poisoning typically occurs due to the consumption of “adulterated counterfeit or informally produced spirit drinks,” according to the World Health Organization.Here’s what you need to know about tainted alcohol and how to avoid being a victim of methanol poisoning:Methanol is a widely available chemical that is used in everyday household products.Methanol, otherwise known as methyl alcohol, has many industrial applications and can be found in household items such as varnishes, antifreeze and windscreen wash. Methanol is also found in things we consume — trace amounts are found naturally in fruit juices, fermented alcoholic and non-alcoholic beverages at non-toxic levels.Low concentrations of naturally present methanol are not harmful, but higher concentrations may be toxic.Since methanol is a product of fermentation, low levels of methanol are detected in all beer and spirits, but these low concentrations are not toxic when consumed. Harm can be incurred when distillation processes are ill managed, or more commonly, methanol is deliberately added to alcoholic beverages and methanol levels exceed 10-220 mg/L. When ingested, the body metabolizes methanol into formaldehyde and formic acid, which in large amounts are toxic and even fatal. Methanol levels in the blood exceeding approximately 500 mg/L is toxic if left untreated.The onset of methanol poisoning symptoms do not appear immediately after alcohol consumption.Methanol poisoning symptoms take a while to surface. The consumed methanol must be metabolized, and toxic levels of formic acid must accumulate in the body. In the first few hours, a person will experience drowsiness, feel unsteady and disinhibited. Eventually these symptoms will escalate into a headache, vomiting, abdominal pain and vertigo. Patients may also hyperventilate or feel out of breath, and even experience convulsions, and permanent visual impairment. Most victims seek medical care after a significant delay, which contributes to the high level of morbidity and mortality.Misleading bottle design, labeling and cheaper prices often cause consumers to unknowingly purchase and consume tainted beverages.Unregulated, illegal production and distribution of alcoholic drinks takes place worldwide. Cheaper alcohol is particularly attractive to low-income consumers and people who are alcohol dependent. Tourists visiting foreign bars, shops and vacation spots with high alcohol consumption are also at a higher risk.The main objective of treatment is to prevent further metabolism of methanol.If you suspect someone is a victim of methanol poisoning seek immediate medical help. Ethanol or fomepizole administration, intubation, or mechanical ventilation are the primary forms of treatment. These are meant to prevent further metabolism of methanol and rapidly remove methanol from the body.You can protect yourself from methanol poisoning.Avoid purchasing or producing illegal alcoholic drinks and be cautious when purchasing alcoholic beverages at informal settings or from vendors who are not licensed to sell alcohol, especially if it is being sold at suspiciously cheap prices. Avoid all unlabeled alcoholic beverages or labels that are poorly printed with broken seals. These are likely counterfeit and potentially toxic. Copyright © 2019, ABC Radio. All rights reserved.

The push for electric vehicles may be killing sedans for good: Experts
Harris interview with ‘The View’ delayed after co-hosts test positive for COVID-19
‘The View’ hosts leave mid-show due to testing positive for COVID-19, miss Vice President Harris interview
A special Bond: Daniel Craig named honorary commander in the Royal Navy
Gabourey Sidibe shares the special connection she has to her new podcast thriller ‘If I Go Missing the Witches Did It’
‘The Killing of Kenneth Chamberlain’ shines a light on racial injustice