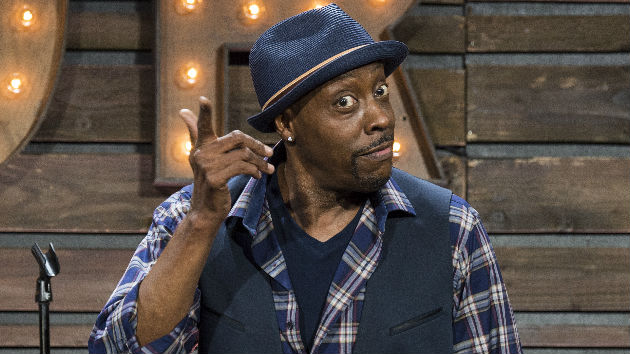 Photo by Erika Goldring/FilmMagic
Posted on July 23, 2019 by ABC News

(LOS ANGELES) — Prince Akeem will officially have his right-hand man beside him in the upcoming sequel Coming 2 America.

According to Deadline, Arsenio Hall has closed his deal to reprise his role as Semmi in Coming 2 America. The actor was rumored to be starring in the project alongside Eddie Murphy and was recently pictured with Oscar-winning costume designer Ruth E. Carter on set just a few months ago.

The original 1988 film Coming to America starred Murphy as Akeem Joffer, crown prince of the fictional African nation of Zamunda. In an effort to find a wife, Akeem, along with his trusty assistant Semmi, played by Hall, decides to travel to Queens, NY.

In the sequel, Akeem learns about a long-lost son and must return to America to meet the “unlikely heir to the throne of Zamunda.”

In addition to Murphy and Hall, most of the original film’s cast, including Shari Headley and James Earl Jones, is expected to return. However, as of now, only Murphy, Hall and Jermaine Fowler have officially signed on.

Hustle & Flow director Craig Brewer has signed on to direct the project, which Murphy’s also producing. The two recently worked together on the Netflix comedy Dolemite Is My Name, which follows the story of real-life comedian Rudy Ray Moore.