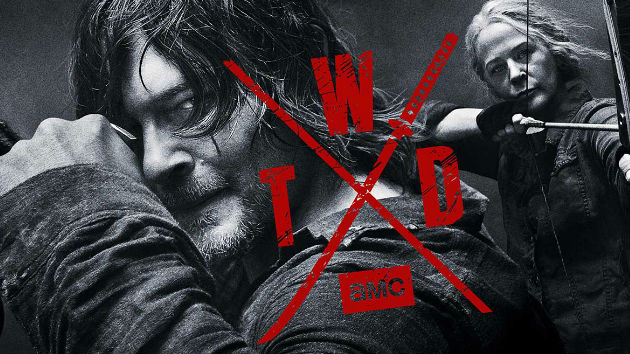 (SAN DIEGO) — New trailers for The Walking Dead, Fear the Walking Dead and Netflix’s highly anticipated series The Witcher were among the trailers making their debuts at San Diego Comic-Con this weekend.

AMC also announced the latest casting news for its as-yet untitled third Walking Dead series, which will reportedly focus on the first generation to come of age during the zombie apocalypse. Annet Mahendru and Aliyah Royale will join previously announced stars Alexa Mansour, Nicolas Cantu and Hal Cumpston. Production begins in and around Richmond, Virginia next week. The series is slated for a spring 2020 debut.

The Walking Dead series regular Danai Gurira also announced that season 10 will be her final season, while American Beauty’s Thora Birch will join the cast as Gamma, described as “a Whisperer sentry fiercely protective of Alpha. She is a believer and committed to the Whisperers’ way of life.”

The Leftovers and Snowfall’s Kevin Carroll also joins the cast as Virgil, “a highly intelligent and resourceful man who is desperately trying to get home to his family.”

Man of Steel’s Henry Cavill was appeared on Friday to reveal the first trailer for his upcoming Netflix fantasy series, The Witcher. The eight-episode series, based on Andrzej Sapkowsk’s fantasy books, center on Cavill’s famed monster hunter Geralt of Rivia, as he struggles to find his place in the world of The Continent, where humans, elves, witchers, gnomes and monsters battle to survive. A release date has yet to be announced.

The third season of HBO’s Westworld doesn’t launch until 2020, but we got a sneak peak with this teaser the network debuted at it’s Comic-Con panel on Saturday. The show, which started out as an amusement park made to resemble the Old West, will shift to a World War II setting for the upcoming season. Breaking Bad’s Aaron Paul joins the cast this season, along with Black Swan’s Vincent Cassel. They join Thandie Newton, Evan Rachel Wood, Jeffrey Wright, Tessa Thompson, James Marsden, Anthony Hopkins, Ed Harris and Jimmi Simpson.

The latest trailer for Damon Lindelof’s take on the classic DC graphic novel Watchmen, about superheroes who are treated as outlaws, made its debut on Saturday and, from all indications, delivers on HBO’s promise to “embrace the nostalgia of the original groundbreaking graphic novel while attempting to break new ground of its own.” The all-star cast includes Regina King, Jeremy Irons, Don Johnson, Jean Smart and Louis Gossett Jr. Watchmen debuts in the fall.

The FDA panel decision on vaccine boosters shows the process worked: Fauci
A family promise led her to Mount Cristo Rey, the site of a pilgrimage for those seeking a miracle
Hostess assaulted at NYC restaurant after asking Texas patrons for proof of COVID-19 vaccination
Emmy Awards host Cedric the Entertainer says he’s committed to improving conditions for Black comedians
Tyra Banks defends Olivia Jade ahead of her ‘Dancing with the Stars’ debut: “Olivia is so brave”
More than 600,000 flags on National Mall stand witness to America’s COVID dead