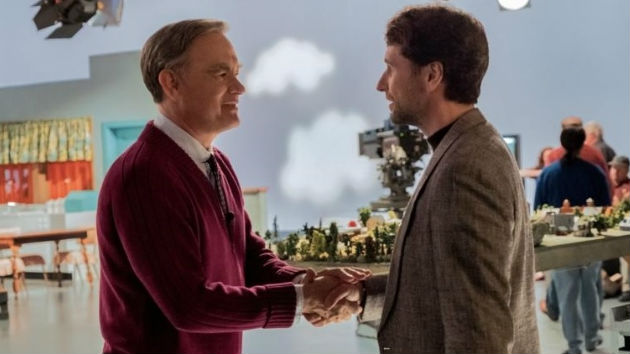 (LOS ANGELES) — Sony Pictures has released the trailer for A Beautiful Day in the Neighborhood, the film in which Tom Hanks plays beloved children’s programming icon Fred Rogers.

The film portrays the true story of a real-life friendship between Rogers and journalist Tom Junod, a jaded magazine writer whose heart was melted by America’s favorite neighbor.

Matthew Rhys, who won an Emmy for The Americans, plays the reporter, whose eyes are opened to the empathy and kindness Rogers taught millions by example.

“You like broken people like me,” Junod says, to which Hanks’ Rogers replies, “Sometimes we have to ask for help. And that’s okay.”

Affecting Rogers’ famously soft-spoken voice, the two-time Oscar winner says, “I think the best thing we can do is let people know that each one of them is precious.”

The movie comes out this Thanksgiving.