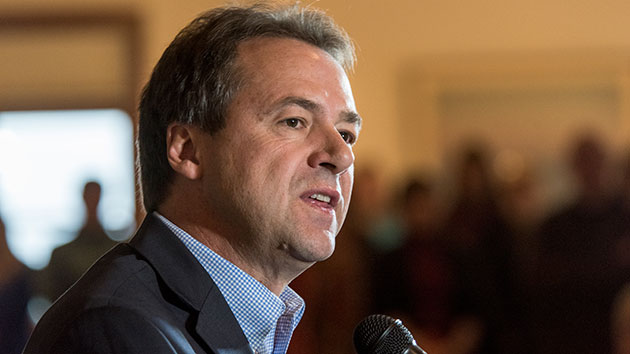 (WASHINGTON) — The chant of “send her back” at President Donald Trump’s rally in North Carolina on Wednesday is “a stain on the presidency,” Montana Gov. Steve Bullock said on ABC’s This Week.”Any parent, any preacher knows that telling four duly elected congresswomen to go back home is — it’s racist,” Bullock said. “Trump just basically soaked in those sounds of those chant — that’s going to be a stain on this presidency.”The Democratic governor was referring to a scene in Greenville, North Carolina, where an energized crowd broke into prolonged boos and chanted “Send them back” and “Traitor” at the president’s mention of four minority congresswomen — Reps. Alexandria Ocasio-Cortez, D-N.Y.; Ilhan Omar, D-Minn.; Rashida Tlaib, D-Mich.; and Ayanna Pressley, D-Mass. Three of the women were born in the U.S., and Omar came to the U.S. as a refugee as a child. All four are U.S. citizens and won a popular vote to claim their seats in Congress.Bullock has been tasked with fighting for Democratic policies in a red state for years. He won his 2016 election at the same time Trump won by about 20 points in Montana, something he often reminds his audiences on the campaign trail. He hopes his experience working with Republican officials and voters who initially voted for Trump can propel him to the Democratic nomination. All three of Bullock’s victories in statewide elections have come during an election where Montana voters turned out in majority support for the top Republican on the ticket.Bullock is not the only candidate, however, who hails from a state that voted for Trump. Of the major Democratic candidates, there are several who check that box: South Bend, Indiana, Mayor Pete Buttigieg; Rep. Tim Ryan, D-Ohio; and Texans — former Rep. Beto O’Rourke and former Housing and Urban Development Secretary Julián Castro.Sen. Amy Klobuchar, D-Minn., though her state narrowly voted for Democrat Hillary Clinton in 2016, is also part of that conversation because of her ability to win counties that chose Trump.In his interview with Stephanopolous on Sunday, Bullock added that he fears public dialogue is “falling into the same traps of 2016″ by not focusing on what he sees are setbacks to issues such as health care and education.”We should also be talking about the fact that, in the last week and a half, he tried to rip health care away from 13 million people as he’s trying to undo the Affordable Care Act. Or that [Education Secretary Betsy] DeVos is literally trying to funnel money, this past week, to private schools. Or that he’s not really doing a damn thing for farmers or factory workers and most Americans. And this is all that we end up focusing on,” Bullock said. “So he will try to distract, he will try to divide, but we got to be focusing on also the issues that impact people’s everyday lives.”And for the first time, since announcing his candidacy for president just nine weeks ago, Bullock will get to debate 19 of his competitors in Detroit at the end of the month.He is the only candidate to join this chapter of the debates who was not on stage for the election’s first round in May in Miami. Shortly after officially qualifying, a campaign aide said that the governor plans to shake things up by calling out the “unrealistic” ideas of his competitors.To him, that means declaring Medicare for all a losing strategy for the country, an opinion that he often shares on the campaign trail. He instead believes in overhauling the Medicaid system to provide universal health care to the country and keeping private options alive. He also recently revealed he does not believe in extending public health insurance to undocumented immigrants.”A lot of the immigration crisis that we’re facing right now is a crisis of this administration’s making — the idea of ripping families apart or getting rid of protections for Dreamers,” he told ABC News Political Director Rick Klein and ABC News Deputy Political Director MaryAlice Parks on the Powerhouse Politics podcast.The late launch of his campaign was partially due to legislative commitments in a state government that only convenes every other year. Copyright © 2019, ABC Radio. All rights reserved.