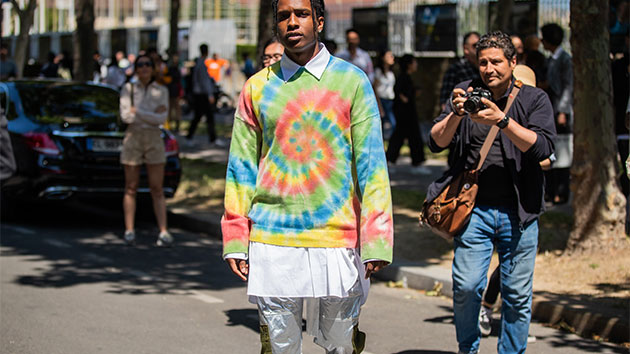 (WASHINGTON) — President Donald Trump said on Twitter he had offered to “personally vouch” for A$AP Rocky’s bail after the rapper was jailed in Sweden following a street fight.

“Just had a very good call with @SwedishPM Stefan Löfven who assured me that American citizen A$AP Rocky will be treated fairly. Likewise, I assured him that A$AP was not a flight risk and offered to personally vouch for his bail, or an alternative,” Trump tweeted early Saturday, adding that he would speak again to the Swedish prime minister in the next 48 hours.

The hip hop star, whose given name is Rakim Mayers, is part of the hip-hop collective A$AP Mob, and was in Sweden for the European leg of his tour. He has been in pre-trial detention since July 2, following a June 30 street fight in Stockholm. Two other performers he was with, Bladimir Corniel and David Rispers, were also detained.

The rapper has also found an ally in Kim Kardashian West, who has directly appealed to the Trump. Last summer, Alice Johnson, who had been serving life on drug charges, was granted clemency by Trump and released from prison after West visited the White House and appealed for Trump’s help.

The State Department announced on Wednesday that Assistant Secretary of State for Consular Affairs Carl Risch traveled to Sweden and is in the country currently.

The rapper is “suspected of aggravated assault,” according to a press release posted to the website of the Stockholm prosecutor’s office. But the rapper’s attorney told ABC News that he and his companions were acting in self-defense.

“This is unjust because he is incarcerated because the prosecutor is applying the rule of ‘flight right,” A$AP Rocky’s Swedish attorney, Sloban Jovicic, told ABC News in a phone interview on Friday. “There is no risk for flight risk or escape because A$AP would never jeopardize his career, brand, support from his fans, friends and celebrities all over the world,” Jovicic said.

“You have to also see this from his point of view, he came to Sweden to perform for his fans and he was attacked, followed and harassed,” Jovicic said on Friday. “My client begged and pleaded with these attackers to stop and he acted in self defense. And now he is the one in jail. That’s unjust.”

Trump’s tweets marked the second day of public presidential support for the imprisoned hip hop star. On Friday, Trump told reporters his office had been working with Sweden’s Löfven to get the star released.

“A$AP Rocky is a situation in Sweden. Sweden’s a great country and they’re friends of mine, the leadership. And we are going to be calling, we’ll be talking to them, we’ve already started and many, many members of the African-American community have called me — friends of mine, and said could you help?” Trump told reporters on Friday.