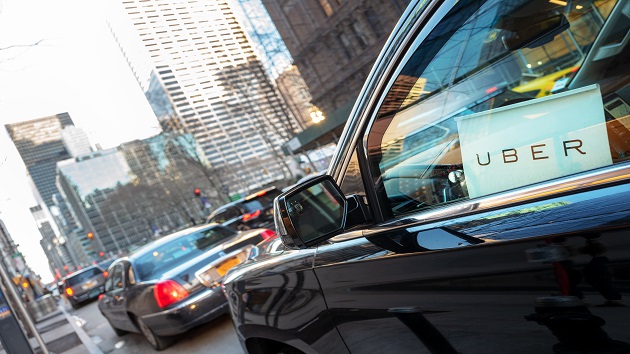 (NEW YORK) — An Uber glitch moving the decimal point over two spaces caused several riders to be charged eye-popping fares this week, or 100 times the original amount.After users took to social media earlier this week, Uber copped to the problem and said it would work with banks and credit card issuers to resolve the payment problems.Tech worker Aaron Himelman tweeted at the company on Wednesday, saying his wife was charged almost $10,000 for a fare.”Hey @uber, you charged my wife $9672 for a ride that was listed as $96.72, and there’s no way to get in touch with you,” Himelman wrote.Himelman did not immediately respond to a request for comment about his wife’s Uber experience or whether the account had been refunded.The company admitted it had experienced a service interruption that resulted in a higher amounts held on the cards connected to Uber accounts, but that it had been fixed. It also said that riders would only be charged for the correct amount and that the company would work directly with banks to rectify the situation for Uber customers.Uber did not immediately respond to questions from ABC News about how long the glitch was in effect or how many people it impacted, or what in particular went wrong.Copyright © 2019, ABC Radio. All rights reserved.