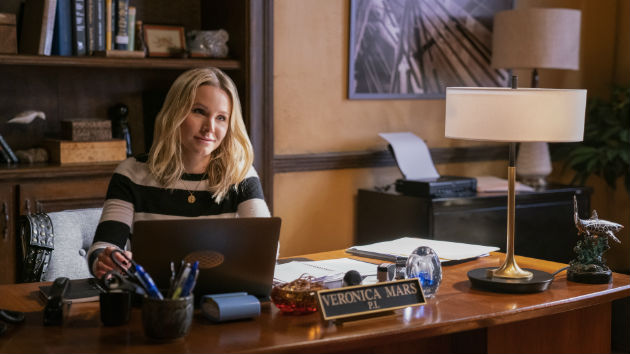 (SAN DIEGO) — Here’s a plot twist worthy of the show itself: Veronica Mars season four is now available on Hulu, one week ahead of schedule.

The show’s star, Kristen Bell, announced the surprise news at San Diego Comic-Con on Friday. During the Veronica Mars panel, Bell declared that she wanted Hulu to release all eight episodes of the revival immediately, in honor of her birthday, which was Thursday.

The beloved series originally aired on UPN and The CW from 2004 to 2007. A Veronica Mars movie debuted in 2014 after a successful kickstarter campaign. The fourth season was initially set to return on Hulu Friday, July 26.

After quitting the fashion industry, supermodel Halima Aden is back — this time, on her own terms
6-year-old boy follows mom’s instruction to leave mask on at school, wears it in school photo
Facebook is ‘pausing’ development of Instagram Kids amid mounting backlash
Anita Hill reflects on Clarence Thomas testimony, her 30-year fight against gender violence
COVID-19 live updates: CDC director stands by decision to overrule panel on boosters
‘Shang-Chi and the Legend of the Ten Rings’ dominates box office for fourth straight week