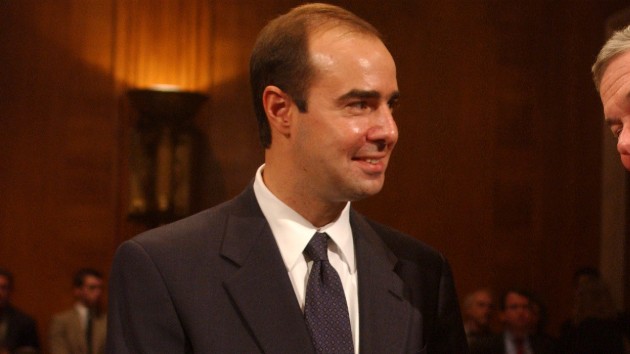 (WASHINGTON) — President Trump announced that Eugene Scalia, son of the late Supreme Court Justice Antonin Scalia, is his pick to become the next secretary of labor. The president made the announcement via Twitter on Thursday night, praising Eugene Scalia’s work as a lawyer and in the field of labor.

….working with labor and everyone else. He will be a great member of an Administration that has done more in the first 2 ½ years than perhaps any Administration in history!

The president’s announcement of Scalia to fill the post comes less than a week after the president announced that Alexander Acosta had submitted his resignation as labor secretary amid a firestorm over a prior plea deal Acosta secured for disgraced financier Jeffrey Epstein.The announcement came after Scalia was spotted at the White House on Thursday. An aide familiar with the search process confirmed that Scalia was there to interview for the job as labor secretary and that the president extended the job offer directly to Scalia earlier in the day before the announcement on Twitter.A person familiar with the matter said that Arkansas Sen. Tom Cotton recommended Scalia as a possibility for the post to the president earlier the week, and that the president liked the idea. Cotton also consulted with his acting chief of staff Mick Mulvaney and White House counsel Pat Cipollone on Scalia, according to the aide, and all three men were present for Scalia’s interview with the president on Thursday. Copyright © 2019, ABC Radio. All rights reserved.