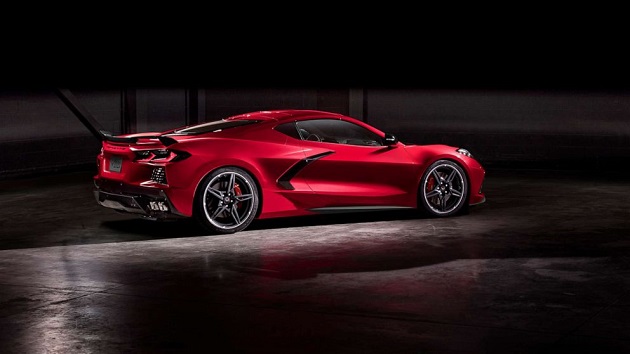 (NEW YORK) — After decades of speculation and rumors, Corvette, the 66-year-old American sports car, has joined its European competitors by going mid-engine. Corvette engineers, designers, top General Motors executives like CEO Mary Barra and dealers from around the country packed the Tustin Hangars in Southern California Thursday evening for the reveal. Chevrolet had teased the new design for months, carefully releasing images of a camouflaged eighth-generation Corvette on social media.The mid-engine styling did not disappoint the crowd. The new car, however, does not resemble what Corvette fans have grown to love all these years. The decision to dramatically alter the look and platform of the Corvette reflects management’s desire to change direction for the storied marque, a move that may not be welcomed by all at first.”The Corvette is an emotional car,” Kirk Bennion, exterior design manager for Corvette, told ABC News leading up to the reveal. “Some people will love it immediately. For others it may take more time. And that’s OK.”Bennion called the new 2020 Stingray “the most impactful evolution” for the Corvette.”We really leveraged our Corvette heritage in the design,” he noted.Bennion and the other designers were told to develop a new architecture that was compelling and aggressive but also retain certain Corvette design cues. The 2020 Stingray still keeps the classic Corvette Coke bottle shape, muscular fenders, tapered upper fastback profile and high water line.But Corvette devotees will also immediately notice the bold, exotic proportions, large rear hatch window and lean athletic shape.Carlos Lago of Edmunds said the automotive industry will be closely watching to see if the new Corvette can deliver performance at a relatively affordable price like the previous models.”The Corvette is unique among high-performance cars in that it’s aspirational, but also obtainable to many Americans,” he said. “Unlike some German, Italian, and Japanese sports cars, you could realistically envision having a poster of a Corvette on your wall as a kid and in your garage as an adult. What’s better, Corvette has consistently delivered performance that matches, if not bests, sports cars and exotics that cost up to three times as much. That’s something owners and fans take great pride in.”There were several obstacles Bennion and his team encountered with the new Corvette: how to make its styling stand out from other mid-engine supercars and be aerodynamically efficient.”There were challenges with engine cooling and low drag … this new car takes in air at all four corners,” he said. “But it was important that the C8 still look like a Corvette.”The 2020 Stingray still packs the power and performance that Corvette has consistently delivered over the decades. The 6.2L small block naturally aspirated V8 LT2 engine produces 495 horsepower and 470 lb.-feet of torque when equipped with the performance exhaust — the most horsepower and torque for any entry-level Corvette, according to Chevrolet.

The engine is paired with a eight speed dual-clutch transmission; a manual option will not be available at launch. The steering ratio was improved to 15.7:1 from 16.25:1, meaning the new Corvette will have much faster steering inputs. The car also sprints from 0-60 mph in less than 3 seconds, the fastest time of any entry level Corvette. The starting price? Under $60,000.According to Ed Piatek, Corvette chief engineer, the driving experience of the new model is totally different from the current generation.”It’s super responsive,” he told ABC News. “The steering feels more direct. You can feel the road. The paddle shifters are lightning fast — the car holds the gears. It has great downward vision … the visibility is better than the C7.”There was one factor that was sacrificed by going mid-engine, according to Piatek.”We will no longer be class leading in cargo space,” he said. But the dual trunks still offer space for two sets of golf clubs.The signature Corvette growl hasn’t changed that much, even with the exposed engine now positioned between the driver and rear axle.”It still sounds like a Chevy small block engine,” Piatek said. “Twelve to 15 people worked on the sound. We’ve broken away from the center mounted exhausts but it still has that Corvette sound.”Piatek underscored that the mid-engine design would not stop the Corvette from being a daily driver for some owners.”The racetrack lap time has improved as has the handling and stopping distance,” he said. “This car still enables all the touring people love in a Corvette.”Karl Brauer, executive publisher of Cox Automotive, said the mid-engine design was intended for one key audience: younger buyers.The new Stingray will “disappoint some longstanding Corvette fans,” he told ABC News. “The transition will be painful. But Chevrolet is smart for going after a younger audience.”Bennion said he’s anxious to show off the new Corvette, a project he’s been working on for years.”People will be drawn to it,” he said. “The reaction will be ‘I want to be in that car’ or ‘I want to own that car."”Added Piatek, “A mid-engine was always part of the Corvette destiny.” Copyright © 2019, ABC Radio. All rights reserved.

McAuliffe, Youngkin spar over vision for commonwealth in first Va. gubernatorial debate
FDA panel recommends Pfizer boosters for people over 65 or high risk, votes ‘no’ for general population
Emmy Awards host Cedric the Entertainer says he’s committed to improving conditions for Black comedians
Angela Bassett is amazed by her Madame Tussauds wax figure: “Oh Lord! I’m a twin!”
COVID-19 live updates: More than 10,000 new deaths reported in US in one week
Tyra Banks defends Olivia Jade ahead of her ‘Dancing with the Stars’ debut: “Olivia is so brave”