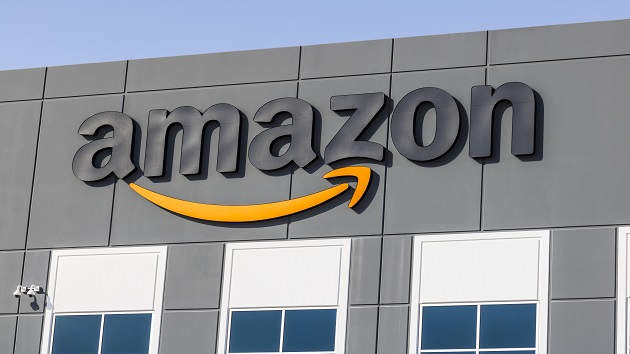 (NEW YORK) — Top Republicans on the House Armed Services Committee are warning President Donald Trump against intervening in a $10 billion cloud computing contract the Department of Defense (DOD) is considering awarding to Amazon, according to a letter first obtained by ABC News.”While it is understandable that some of the companies competing for the contract are disappointed at not being selected as one of the finalists, further unnecessary delays will only damage our security and increase the costs of the contract,” writes Rep. Mac Thornberry, the ranking member of the House Armed Services Committee.Trump suggested Thursday at the White House that he could intervene in the process, which would be an unusual move, especially in light of the attacks Trump has launched against Amazon CEO Jeff Bezos.Companies who submitted bids for the contract included Amazon, Microsoft, IBM, and Oracle. Amazon and Microsoft are the finalists, and the DOD is poised to make a decision next month. Amazon is viewed as the favorite to win the contract, but the process has been disputed by the competitors.“I’m getting tremendous complaints about the contract with the Pentagon and with Amazon,” the president said Thursday in the Oval Office. “They’re saying it was not competitively bid. This is going a long time, I guess probably before this administration. And we’re looking at it very seriously. Great companies that are complaining about it, so we’re going to take a look at it. We’ll take a strong look at it.”Trump has often criticized Bezos, complaining that Amazon takes advantage of the U.S. Postal Service, that the company does not pay enough taxes, and that the Washington Post, which is personally owned by Bezos, covers his administration unfairly.It is common practice for U.S. companies, especially defense contractors such as Boeing and Lockheed Martin, to fight and go to court over massive defense contracts. But it is unusual for a president to become involved in the process.In the letter, committee members say they are in charge of the process.”Our committee has conducted oversight of this contract from the beginning,” it says.Not all Republicans agree with Thornberry. Senator Marco Rubio wrote a letter to National Security Advisor John Bolton this week, urging a delay in awarding the contract, because it “suffers from a lack of competition.””Even though 200 companies were initially interested, DOD instituted such a restrictive criteria that only four companies bid on JEDI. DOD then further used the arbitrary criteria to eliminate two of the bidders, IBM and Oracle, leaving only Amazon and Microsoft,” Rubio wrote.Senator Ron Johnson (R-Wis.) also expressed concerns about the process directly to President Trump while they flew on Air Force One together last week. Johnson has raised concerns about potential conflicts of interest in the process, including the involvement of two DOD employees who may have had connections to one of the competing companies, and has encouraged the DOD Office of the Inspector General to investigate the matter.”Given the significant amount of taxpayer dollars associated with this particular contract, I respectfully request DOD to delay awarding this contract to any company until DOD OIG completes its investigation,” Johnson wrote in a letter to Acting Secretary of Defense Mark Esper.Copyright © 2019, ABC Radio. All rights reserved.

‘Ted Lasso’? ‘WandaVision’? ‘Mare of Easttown’? Who will clean up on Sunday’s Emmy night?
These vaccine mandates are already in place to attend school in the US
Confused about boosters? Here are some answers
What to expect as FDA advisory panel debates Pfizer COVID booster shots
COVID-19 live updates: US reports highest daily death toll in nearly 7 months
Utah police release body camera image of Gabby Petito after apparent fight with boyfriend