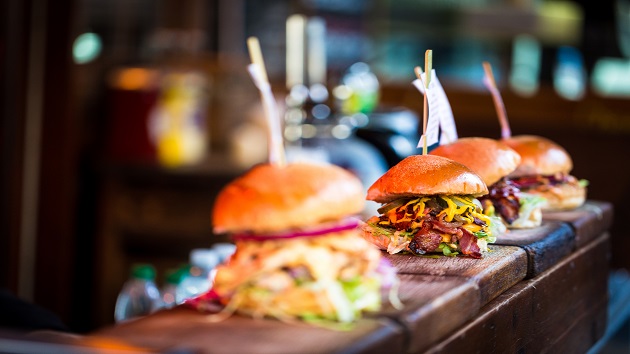 (GREENVILLE, N.C.) — A Greenville, North Carolina, restaurant near the site of President Donald Trump’s Wednesday rally plans to donate all of its profits from that day to a non-profit immigration advocacy group.”One hundred percent of today’s sales will be donated to American Immigration Council in order to help with the immigration crisis at our southern border and to celebrate our diverse community,” The Scullery restaurant shared in a Facebook post on Wednesday.Scullery owner Matthew Scully told ABC News that leading up to the rally he was “bothered” by the racially-charged divisive language of the president, and his administration’s immigration policy of family separation.“We have a really vibrant, wonderful community and our restaurant is a part of that, and we have all kinds of people in our restaurant from across the political spectrum, all different races and cultures and beliefs,” Scully said. “I wanted to make a positive statement and not one that divided people but that brought our community together.”Prior to the rally, a sign in The Scullery’s window said that the restaurant would be donating its daily sales, which ended up totaling more than $5,600.At the rally that night, Trump supporters chanted “Send her back!” after the president launched the latest in a series of attacks against Democratic Rep. Ilhan Omar.”Omar blamed the United States for the crisis in Venezuela. I mean, think of that one. And she looks down with contempt on the hard-working Americans, saying that ignorance is pervasive in many parts of this country,” Trump said to scattered chants of “Send her back.”Scullery said it was extremely disturbing to hear those chants during a rally in the community he loves, knowing that he had friends who were in attendance.“People look at our city now and see a racial divide and hear people chanting ‘Send her back,’” Scullery said. “There’s no place for that here and she’s an elected congresswoman who’s trying her best to make our country better.”The American Immigration Council works to “brings together problem solvers and employs four coordinated approaches to advance change — litigation, research, legislative and administrative advocacy, and communications,” according to its website.Copyright © 2019, ABC Radio. All rights reserved.