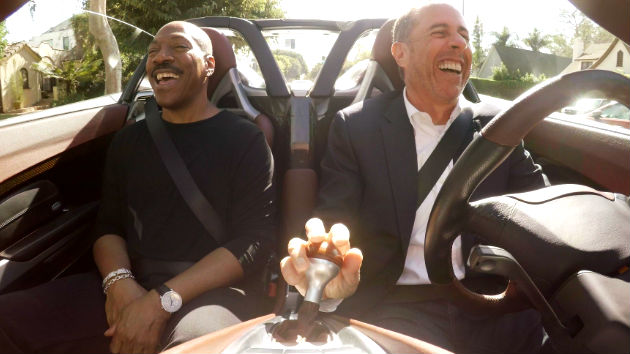 (LOS ANGELES) — In today’s Season 11 premiere of Netflix’s Comedians in Cars Getting Coffee, Eddie Murphy takes a ride with Jerry Seinfeld, and tells him that he’s finally returning to the stand-up stage.

Murphy, whose stand-up specials Delirious and Raw basically gave birth to the idea of a comic who could be as famous as a rock star, hasn’t grabbed a mic in years.

He revealed to fellow stand-up vet Seinfeld that the late Don Rickles urged him to return and added, “I’m going to do it again. Everything just has to be right…You have to get up there and start working out.”

“You have to hit the clubs,” Jerry agreed, meaning the small comedy venues where they work out their material.

“You should buy the Comic Strip, and I’ll come and work out there,” Murphy joked, referring to the famous New York City club where the pair first appeared way back in the Reagan Era.

“If you want to do that, I’ll do it. I’ll call it ‘Jerry Seinfeld’s Comic Strip,"” Seinfeld laughed.

But Murphy’s return won’t come cheap.  TMZ reports that Netflix is negotiating with him for a standup special now, with a payday in the neighborhood of 70 million bucks.