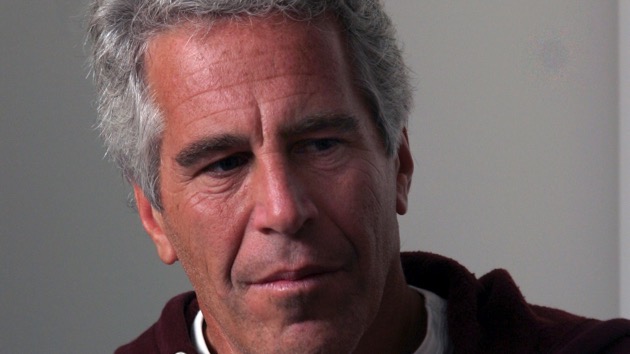 (WEST PALM BEACH, Fla.) — Palm Beach County launched an internal investigation into its sheriff’s deputies monitoring of Jeffrey Epstein, following allegations he had “improper sexual conduct” while on work release from jail.Epstein served a 13-month jail sentence in 2008 after he pleaded guilty to soliciting prostitution in a deal with federal prosecutors. The Palm Beach County Sheriff’s Office allowed Epstein to participate in a work-release program wherein he could spend up to 12 hours a day, six days a week, at his office in West Palm Beach, despite being registered as a sex offender.This week, Epstein was accused of having “improper sexual contact” with young women while on that work release by attorney Brad Edwards, who is representing several alleged victims in a new federal sex trafficking case against Epstein.The Palm Beach County Sheriff’s Office announced Friday that Sheriff Ric Bradshaw “ordered an Internal Affairs investigation into the Jeffrey Epstein matter,” according to a statement.”Sheriff Bradshaw takes these matters very seriously and wants to determine if any actions taken by the deputies assigned to monitor Epstein during his work release program violated any agency rules and regulations, during the time he was on PBSO work release program,” the statement said.”All aspects of the matter will be fully investigated to ensure total transparency and accountability,” it continued.Attorney Edwards claimed Epstein “was able to have visitors that were under the age of 21″ while on work release, but he knows none who were under the age of 18.”What you’re going to learn is he was not sitting there conducting some scientific research for the betterment of the community, but he was having office visitors, some who were flown to him from New York and continuing to engage in similar conduct, literally while he was in ‘jail,"” Edwards claimed.Epstein, 66, was arrested on July 6 for alleged sex trafficking of minor girls in Florida and New York. Some of the charges date back to the early 2000s.On Thursday in New York, he was denied bail. He faces up to 45 years in prison if convicted.Copyright © 2019, ABC Radio. All rights reserved.

Key takeaways from US military leaders on Afghanistan withdrawal
‘Our Kind of People’: Yaya DaCosta explains why her character’s feelings of entitlement are a good thing
Issa Rae discusses married life and the possibility of having kids in ‘Self’ magazine
Treasury secretary warns of ‘calamity’ if Congress doesn’t raise debt limit
Family of missing 19-year-old Miya Marcano hoping for safe return
Capital Gazette shooter sentenced to life in prison without the possibility of parole