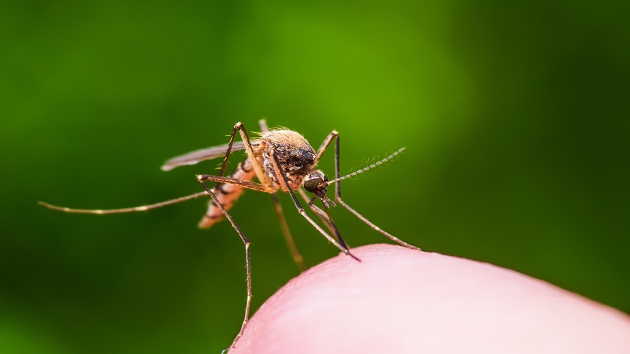 BY: Dr. Laith AlexanderIs repellent just not doing the trick to rid you of mosquitoes this summer? What about a different approach, like infecting the critters with bacteria topped up with a dose of radiation?It’s a serious idea.Researchers from Sun Yat-Sen University in China and Michigan State University have used the technique to all but eradicate the world’s most invasive mosquito — the Asian tiger mosquito — from two Chinese islands, and they have published their findings in the journal Nature.The Asian tiger mosquito, or the aedes albopictus, causes more than just an itchy bite. It can spread deadly viruses such as dengue fever and Zika. Controlling numbers of the winged bloodsuckers is key.“Mosquitoes are being transported around the globe and establishing themselves in places they have never been seen before,” said Stephen Dobson, professor of medical entomology at the University of Kentucky. “There is a great need to control mosquito numbers, both in China, and globally. And pathogens such as Zika virus are being seen in the United States.”The researchers’ first line of attack was to create a colony of male and female mosquitoes that were infected with a strain of the bacteria Wolbachia.“To create a colony of male and female mosquitoes infected with Wolbachia, you just have to infect one ‘Eve’ female,” Dobson said to ABC News, “because she will pass it on to all her offspring.” The approach was first pioneered at the University of Kentucky.The infected male offspring then mate with uninfected females in the wild, and the bacterium stops the females’ eggs from hatching. Because female mosquitoes can only mate once, that’s a great way to reduce mosquito numbers — termed ‘population suppression.’Unfortunately, if any infected females from the colony were accidentally released into the wild and mated, they could still hatch eggs — but on the plus side, the offspring are less able to transmit deadly viruses.So even the worst-case scenario would be a population of ‘safer’ mosquitoes. This is what researchers called ‘population replacement.’But the researchers wanted to go one step further and make sure that only the infected males they released were able to mate.That’s where the low-dose radiation comes in: they exposed mosquito babies, which sterilized the females and only slightly impaired males’ ability to mate.Not everyone agrees that the radiation step is necessary.“From a practical perspective, irradiation probably isn’t a critical step of the process,” Dobson said. “Instead, automating the removal of female mosquitoes is the way to go, to lower the cost and prevent loss of viability to the males.”Nevertheless, the team now had their weapon of choice: a population of sterilized females and infected males to release into the wild. The infected males could pass on the bacteria to wild females, stopping hatching eggs, and the irradiated females were sterile.During the peak breeding seasons of 2016 and 2017, over 160,000 of the infected insects were released per week on two islands in the river city of Guangzhou – which has a big mosquito and dengue fever problem.In total, around two-hundred million of the winged warriors were set loose. And their campaign was staggeringly successful — a 94% decline in viable eggs across both years.When the team counted female mosquito numbers — because females bite infect people — the population fell dramatically: 83% down in 2016 and 94% down in 2017.“This is a powerful species-specific, non-chemical approach, which doesn’t affect other insects unlike pesticides,” Dobson said. Another problem with traditional pesticide-based approaches to controlling mosquito numbers is that many mosquitoes are now resistant — “mosquitoes are laughing them off now,” Dobson said.The Wolbachia-based approach could usher in a new era of mosquito control.Fewer itchy bites: good. Fewer deadly diseases: that’s the great part.Dr. Laith Alexander is an MB/PhD student at the University of Cambridge, U.K., and a member of the ABC News Medical Unit.Copyright © 2019, ABC Radio. All rights reserved.