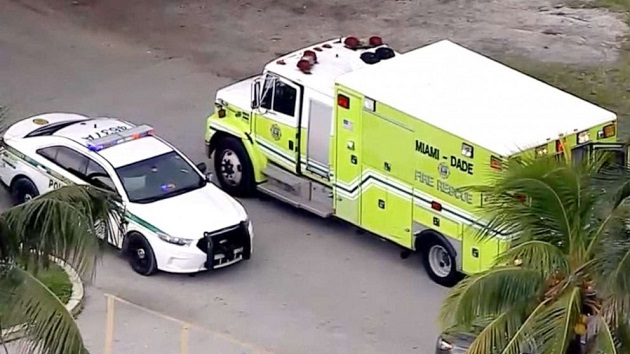 (MIAMI) — A boater was attacked and injured, possibly by a shark off the coast of Miami on Thursday afternoon, officials said. Miami-Dade Fire Rescue responded about 12:40 p.m. to an emergency call from a boater who had been diving in an area about 2 miles off the Haulover inlet just north of Miami Beach, Erika Benitez, a spokeswoman for the agency, said in a video statement. Benitez said an emergency crew raced to the victim by boat and took the individual to a local hospital.The condition of the injured person was not immediately clear.The possible shark attack came just days after two people were injured in what appear to be separate shark attacks at the same beach in Florida.

A special Bond: Daniel Craig named honorary commander in the Royal Navy
A century after arson decimated its Chinatown, San Jose to apologize for past racism and injustices
Billy Bob Thornton and Tania Raymonde on bringing ‘Goliath’ to a close with new fourth season
‘The Killing of Kenneth Chamberlain’ shines a light on racial injustice
More than a year after George Floyd’s killing, Congress can’t agree on police reform
1 dead, 13 hurt in shooting at Kroger grocery store near Memphis: Police