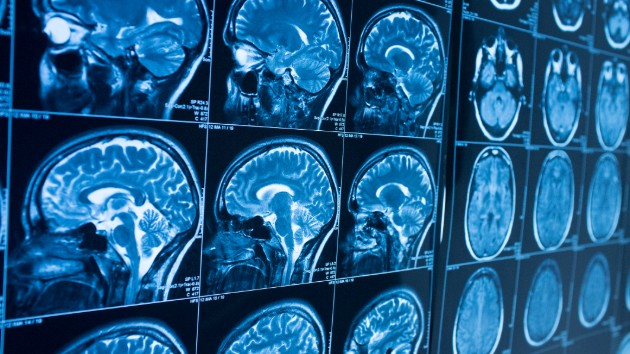 (NEW YORK) — Nearly a year after the death of longtime senator and former presidential candidate John McCain, authorities are calling attention to the disease that claimed his life. Last month, the U.S. Senate designated July 17 as Glioblastoma Awareness Day, under a resolution introduced by McCain’s former Senate colleague and longtime friend Lindsey Graham.The bipartisan resolution was supported by co-sponsors Mitch McConnell, Elizabeth Warren, Kyrsten Sinema, Martha McSally and Ed Markey, according to the National Brain Tumor Society, which championed the bipartisan effort.The measure seeks to raise public awareness and leverage support for research and treatment of glioblastoma, which the NBTS calls the most common and aggressive form of brain cancer.“The passage of the Glioblastoma Awareness Day resolution is an affirmation that national leaders understand the urgency for action to find a cure for this terrible disease, which impacts thousands of Americans from every walk of life each year,” NBTS CEO David F. Arons said on the passage of the resolution.McCain was diagnosed with glioblastoma in July 2017 and died after a year-long battle on Aug. 25, 2018.His widow, Cindy McCain, joined daughter Meghan, co-host of ABC’s The View, to discuss the fight against the disease on Wednesday’s program.”Thirteen thousand people are diagnosed with the cancer my dad died of a year,” Meghan McCain said. “It’s a really horrific cancer that we’re all committed to fighting.”Dr. Will Garneau of Johns Hopkins Hospital offered the following information about glioblastoma at the time that Sen. McCain was diagnosed:What is glioblastoma, and why is it dangerous?Glioblastoma multiforme is a tumor that develops in the connective tissue of the brain, originating in brain cells called astrocytes. It is a relatively rare disease that doctors estimate strikes only 3 in 100,000 people. The cancer is most commonly found in patients older than 60. Unlike many other cancers, glioblastoma does not spread to other organs; instead, it remains in the brain, growing quickly and invading surrounding tissues. As the cancerous cells multiply, their growth affects the rest of the brain by compressing adjacent structures.What are some of the common symptoms of glioblastoma?People with this type of tumor can experience a range of symptoms, including headaches, nausea, difficulty with speech or vision, weakness and even seizures. Before diagnosis, if doctors suspect brain cancer, they order imaging of the brain using a CT scan or MRI to try to detect a mass. While the imaging may suggest the presence of a tumor, a conclusive diagnosis requires the removal of cells from the area of concern, which are then tested to see if they are cancerous.What is the prognosis?Currently, glioblastoma is considered an incurable form of cancer. While prognoses can vary among patients, depending on the features of each cancer and the patient’s functioning, the outlook is generally poor.Studies show a median survival range of six to 14 months. (Median survival is the amount of time between diagnosis and the point when half of patients have died and half are alive.) A very small percentage of patients may live for several years after diagnosis. Patients’ baseline health and age are important predictors, as is their response to therapy.Other factors that can influence the prognosis are the location of the cancer in the brain, the genetic profile of the tumor and the extent to which doctors are able to remove the tumor through surgery. There is no single prognosis for this cancer; individual cases differ dramatically, and approaches to treatment are highly personalized.How is it treated?After a diagnosis of glioblastoma has been confirmed, a team of doctors representing different specialties will formulate a plan for treatment, which usually involves surgery, chemotherapy and radiation. If it’s determined that surgery is appropriate, neurosurgeons will attempt to remove as much of the cancer as possible while preserving adjacent healthy brain tissue.Because glioblastoma tends to infiltrate deeply into surrounding tissues, patients will have residual cancer cells after surgery, even with a “complete resection.”For this reason, the next step in treatment often involves chemotherapy and radiation in order to eliminate the cancer cells not removed by surgery. This phase typically involves weeks of therapy to treat the remaining cancer, which may leave the patient very weak and at risk of complications. Patients may undergo repeat imaging of the brain to assess recurrence, as well as close monitoring with different specialists.Decisions regarding the length — as well as the types — of treatment must balance the patient’s fitness to undergo such treatments against their effectiveness. Doctors often tailor therapy according to the patient’s tolerance.There are new forms of therapy using the body’s immune cells, reprogrammed to attack cancer. The research behind these treatments is still in the initial stages, but so far, these immunotherapy treatments have shown some promise against other forms of cancer, such as melanoma. Copyright © 2019, ABC Radio. All rights reserved.