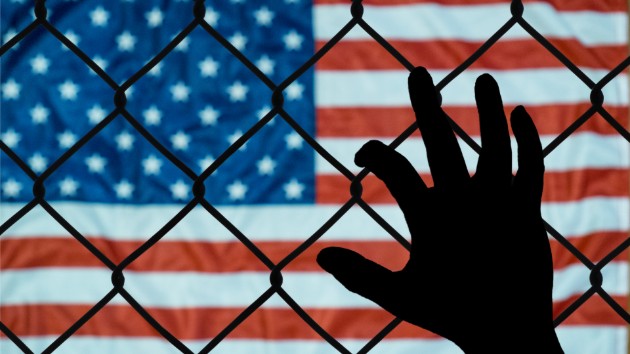 (WASHINGTON) — The Trump administration has stopped placing children at Florida’s Homestead Shelter, a facility for undocumented migrant teens that’s become a lightning rod for 2020 politics. The suspension was confirmed by government officials who say demand for beds at the temporary influx shelter has declined, although 1,300 teens remain at the site and local officials are concerned that proper hurricane evacuation plans are not in place.Democrats have called for the site to be closed, and several 2020 presidential candidates have joined protests against the facility. On a recent trip, Sen. Elizabeth Warren said she saw children there “being treated like prisoners.”Sen. Bernie Sanders called the facilities “racist child prisons” and pinned the blame on the Trump administration — although the practice of holding kids in such facilities was also employed under President Barack Obama.Democratic Rep. Debbie Mucarsel-Powell, whose district includes the grounds of the Homestead facility, expressed concern that federal officials don’t have a plan to evacuate the shelter in the event of a hurricane.“I still have not seen a hurricane evacuation plan for the Homestead facility, and as long as they continue to hold children during hurricane season, this is an extremely dangerous form of neglect,” she tweeted Tuesday.The number of migrants crossing the southern border has slowed in recent weeks, at the same time as the Department of Health and Human Services has been working to place the unaccompanied children with qualified families and sponsors.When minors are taken into Border Patrol custody at the southern border, the agency classifies them as “unaccompanied alien children” if they are not traveling with a parent or legal guardian. The Department of Homeland Security is then responsible for taking them to the government network of private care providers.The federal government uses facilities like the one at Homestead to handle surges of new arrivals when the network of nonprofit and commercial housing organizations runs out of space to take children from the border.Those “temporary influx shelters” are used as a last-resort option, but an HHS spokesperson said there’s no plan yet to close the shelter completely.“It is premature to speculate about putting the shelter into ‘warm status’ like happened in April 2017,” HHS spokesperson Mark Weber said in a statement to ABC News. Copyright © 2019, ABC Radio. All rights reserved.