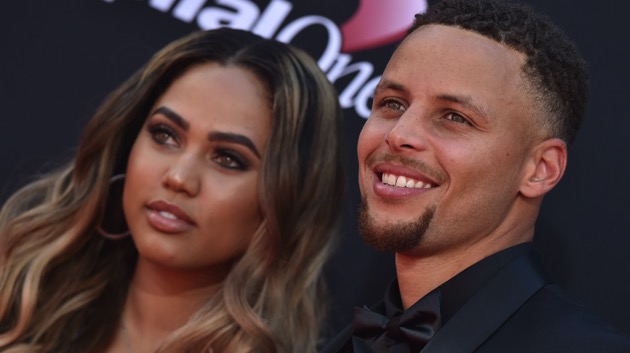 (DEL MAR, Calif.) —  After the dynamic, very successful Ayesha Curry couldn’t help but dance at the opening of her new restaurant in California, some haters had to spoil the fun by calling her out for her moves.Her NBA star husband, Stephen, decided to step up and throw some shade at anyone disrespecting his wife. “Slow news day I see huh?” he said in an Instagram story.Then he dropped the hammer.”Make sure you send me the video of you dancing at your own restaurant opening,” he said.Savage!While Ayesha didn’t need Steph to back her up, as she can certainly fend for herself, she seemed to appreciate it and yet joke right back with her husband.”I hate you,” she joked, while Curry continued to dance in the car.Ayesha had originally jammed out to “Milly Rock” after her fourth restaurant, International Smoke, opened, this one in California.People joked about her dancing, comparing it to Elaine from “Seinfeld,” among other jabs.Some people even jabbed at Steph.But living your life well is always the best clap back, as per Steph’s comments.As previously mentioned, Ayesha can certainly handle her own. The author, restaurateur and mother opened up about being married to an NBA superstar and this woman does not play.”Ladies will always be lurking, hoping for their moment and waiting,” she said.”I honestly hate it,” she added.”Stephen is very nice by nature,” Ayesha continued. “Everything is always very friendly, sometimes to the point where, ‘I’m a grown woman,’ so, I’ll just insert myself and be like, ‘Hello, how are you doing?"”Copyright © 2019, ABC Radio. All rights reserved.

What is Title 42? Amid backlash, Biden administration defends use of Trump-era order to expel migrants
Harris interview with ‘The View’ delayed after co-hosts test positive for COVID-19
Gabourey Sidibe shares the special connection she has to her new podcast thriller ‘If I Go Missing the Witches Did It’
A century after arson decimated its Chinatown, San Jose to apologize for past racism and injustices
After people spoke out about COVID-19 vaccines and period changes, research is underway
Tony nominee Katori Hall shares what she’ll do with her award if she wins on Sunday night