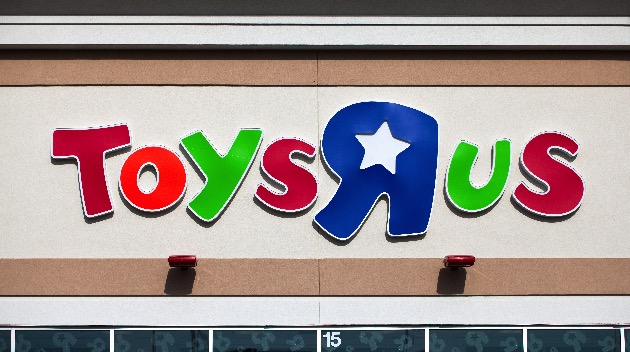 (NEW YORK) — You might not have to grow up just yet.Toys “R” Us, the beloved toy chain that liquidated its U.S. stores in 2018 after filing for Chapter 11 bankruptcy in 2017, will have two new stores opening in the U.S. for the holiday season, according to a news release.The chain’s parent company, Tru Kids Brands, said it was partnering with experiential retailer b8ta to open the stores in The Galleria in Houston, Texas, and in Westfield Garden State Plaza in Paramus, N.J.”We have an incredible opportunity to entirely reimagine the Toys ‘R’ Us brand in the U.S. and are thrilled to partner with b8ta and key toy vendors to create a new, highly-engaging retail experience designed for kids, families and to better fit within today’s retail environment,” Tru Kids Brands CEO Richard Barry said in the release.The release said the new stores would display products “in an interactive, playground-like environment” and would feature “new events and activities every day,” including opportunities to test toys outside of the box, visit different “brand stations,” and meet Geoffrey the Giraffe.A spokeswoman for the new Toys “R” Us joint venture told ABC News the stores would open around November and would be approximately 6,500 square feet.”As the retail landscape changes, so do consumer shopping habits. But what hasn’t changed is that kids want to touch everything and simply play,” b8ta President and Co-founder Phillip Raub said in the release. “In partnership with Richard and his team, we are excited to bring back Toys ‘R’ Us in an immersive way, focused on creating a fun and engaging experience for kids — and adults, too.”Toys “R” Us filed for Chapter 11 bankruptcy in September 2017 and announced in March 2018 that it would be liquidating inventory in all of its stores in the United States as part of “an orderly wind-down” of business in the U.S., the company said at the time.Tru Kids Brands became the parent company of Toys “R” Us, Babies “R” Us and Geoffrey the Giraffe in January, according to a February news release. Barry was the former global chief merchandising officer for Toys “R” Us.Toys “R” Us and Babies “R” Us continued to operate in more than 25 countries around the world and generated more than $3 billion in global retail sales in 2018, Tru Kids Brands said in February.After the two new U.S. stores open, the companies said they plan to open more Toys “R” Us locations in “prime, high-traffic retail markets” in the United States throughout 2020, according to the release. More details on the new locations, including specific brand partners and experiences, will be announced in coming weeks.Copyright © 2019, ABC Radio. All rights reserved.

COVID-19 live updates: US records 1.1 million pediatric cases over past five weeks
Britney Spears makes triumphant return to Instagram, but some fans think someone else is running the account
Lil Jon reveals what surprised him most about ﻿’Bachelor in Paradise’
Second dose of J&J COVID-19 vaccine results in stronger protection, company says
Biden to focus on ‘intensive diplomacy’ at UN amid tensions with allies
Republicans dig in on debt-limit standoff despite Democratic effort to mount pressure