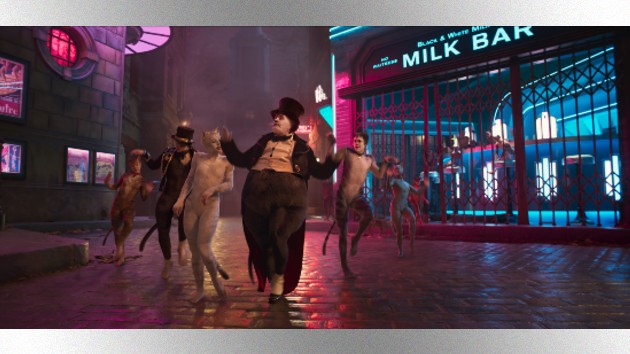 (LONDON) — “I am a cat now and somehow that was everything.”

That’s what Taylor Swift wrote as a caption as she posted the first official trailer for the new movie CATS on Instagram.  It’s also posted on Twitter and YouTube.  Swift stars in the movie as Bombalurina, but she’s just one of many big names in the A-list cast.

In the lengthy trailer, we also see Judi Dench, Ian McKellen, Jason Derulo, Idris Elba, James Corden and Rebel Wilson all digitally covered in fur, yet still recognizable, dancing and doing cat-like things in London, which seems enormous because everything is seen from a cat’s point of view.

Based on the wildly popular musical of the same name, CATS follows a group of “Jellicle cats,” who vie to be selected by their leader, Old Deuteronomy, to travel to the “Heaviside layer” to start a new life.