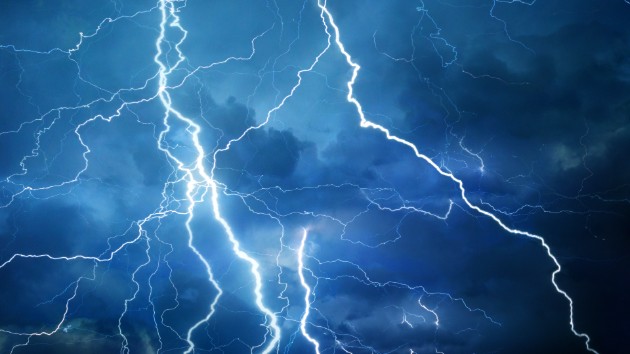 (FAIRFIELD, Conn.) — A young man was killed in Connecticut amid stormy weather Wednesday evening when a large tree branch that was struck by lightning fell on his car, authorities said. Jarrod Marotto, 21, was driving along a residential street in Fairfield, Connecticut, when lightning struck a nearby cottonwood tree, causing a large limb to fall and land on the driver’s side of Marotto’s vehicle, according to the Fairfield Police Department.First responders found Marotto unconscious in the driver’s seat. Marotto, of Southington, Connecticut, was taken to a local hospital where he died, police said.There was no one else in the car at the time of the incident, which is still under investigation, policed said.A severe thunderstorm watch was issued Wednesday night across the Northeast region for Wednesday night, from Philadelphia to Boston.Forecasters warned of damaging wind gusts up to 70 miles per hour and potential flash flooding. Copyright © 2019, ABC Radio. All rights reserved.